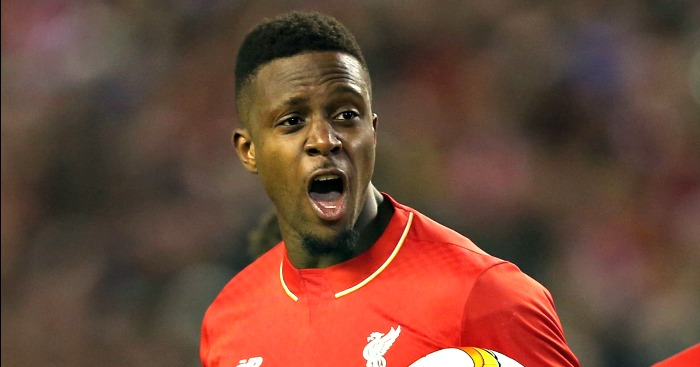 WHAT DIVOCK?
Liverpool are selling a striker! No, not that one. Not that one either. Yes, that one.

According to the Daily Telegraph, the Liverpool Echo and the Metro, Divock Origi could be leaving Anfield. The Belgian impressed last season when given the opportunity, with only three players scoring more than his ten goals in all competitions. He made just 15 starts, compared with 19 for Daniel Sturridge, 38 for Philippe Coutinho and 40 for Roberto Firmino.

Such form has interested Atletico Madrid, who, according to all three outlets, are ‘convinced’ that the forward would be a ‘perfect fit’ under Diego Simeone. The claim itself originates from Bleacher Report. Read into that what you will. But they do add that Jurgen Klopp is a huge fan of the 21-year-old, who has progressed rather dramatically since joining in summer 2014.

THAT’S NOT HOW YOU PRONOUNCE SANE
Let’s have an update on a Manchester-based transfer saga, shall we? No, not that one. Not that one either. Yes, that one.

According to The Sun, City are ‘closing in on’ Germany winger Leroy Sane. The £42m-rated star has reportedly told Schalke that he wishes to leave, giving Pep Guardiola ‘a clear run’ at his attempts to sign him.

Bayern Munich have been linked, but Carlo Ancelotti said that he was not interested in signing the 20-year-old. And with chances of regular first-team football at Real Madrid restricted, the Etihad could be his new home.

TURAN TURAN
To finish us off, we have Arda Turan. Barcelona are reportedly willing to sell the winger they signed just last summer.

That claim comes from Spanish newspaper Sport, who credit Arsenal and Chelsea with an interest in the Turkish international. Turan only made his debut in January following Barca’s transfer ban, making just nine La Liga starts. Both parties believe a departure is an inevitable conclusion.

Turkish clubs Fenerbahce and Galatasaray are also linked. His decision gets Arda.

AND THE REST
Napoli defender Kalidou Koulibaly has been offered to Arsenal, according to reports…Bournemouth boss Eddie Howe has told friends he does not want the England job…Manchester United chief executive Ed Woodward has stayed in Europe to discuss Paul Pogba’s transfer instead of travelling with the team to China…Everton are keen to resolve the future of John Stones as Man City ponder on a £50m bid for the defender…West Brom boss Tony Pulis wants Leicester’s Jeffrey Schlupp and Aston Villa defender Ciaran Clark…James Wilson is set to join Fulham on a season-long loan from Manchester United after being left off the China tour…Aston Villa striker Jordan Ayew is the subject of an £8million offer from Hamburg…The FA have interviewed a mystery candidate for the England job…Wolves will be sold to a Chinese conglomerate with ties to Jorge Mendes in a £45m deal…Aston Villa will give Brad Guzan a free transfer to speed up his move to Middlesbrough…Arsene Wenger is set to hand the Arsenal captaincy to Per Mertesacker next season…Everton manager Ronald Koeman is set to raid former club Southampton for unwanted right-back Cuco Martina…Watford flop Obbi Oulare is being sent back to his native Belgium as boss Walter Mazzarri starts a clearout…Hull have made a move for Sheffield Wednesday keeper Keiren Westwood after he almost denied them promotion in May…Chelsea have emerged as favourites to sign Real Madrid forward Alvaro Morata.