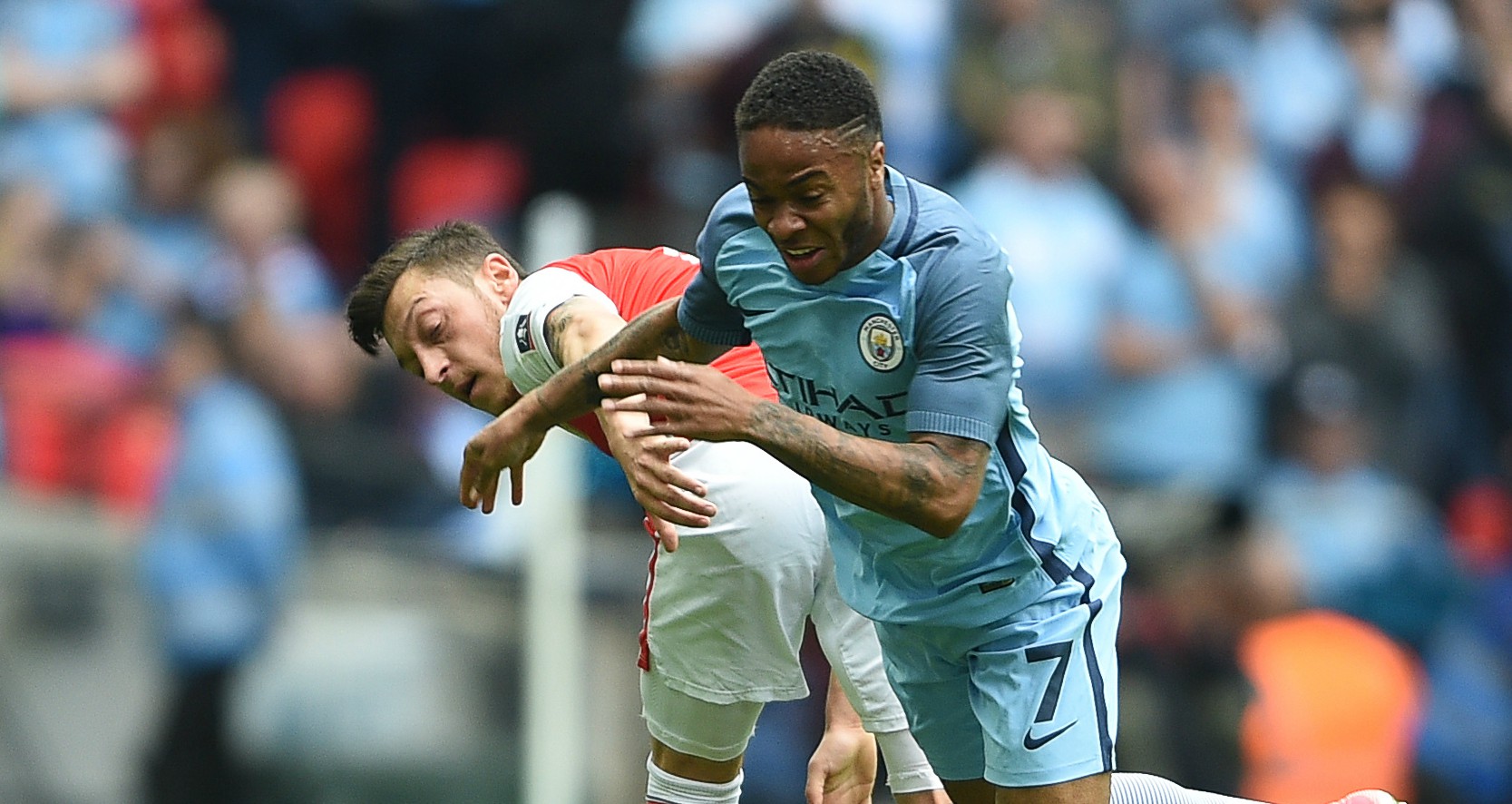 OZIL WANTS MAN UNITED SWITCH
Could Mesut Ozil really leave Arsenal on a free transfer next summer and join Manchester United. Well, according to Bleacher Report, it would be welcomed by the player himself, after he played under Jose Mourinho at Real Madrid.

Bleacher’s Dean Jones writes: ‘I understand there is no direct line of inquiry over the prospect of the player moving to United,’ but then he does add: ‘One source I spoke to suggested Ozil does have his eye on being reunited with Mourinho because he feels he would benefit from the rise in expectation.’

But the piece does end with the prospect of Ozil joining PSG, who would love to sign the German on a free transfer.

COULDA WOULDA SHOULDA
‘Arsenal could make a fresh move for Raheem Sterling in January,’ reads the opening line to John Cross’s piece in the Daily Mirror.

‘Gunners chief Arsene Wenger is a big fan of the Manchester City forward and an approach for him could yet hold the key to Alexis Sanchez’s future,’ reads the second line.

That’s two ‘coulds’ in two sentences, so it seems unlikely that there is any new information here. It is all based on the supposition that City – and other clubs – could come back for Alexis Sanchez in January, so Raheem Sterling could be a target for Arsenal.

Nothing to see here.

GORETSKA WANTS BARCA OR BAYERN
Manchester United, Arsenal, Manchester City and Liverpool are all credited with an interest in Schalke star Leon Goretska by German publication Sport Bild, but they claim he has loftier ambitions – to play for Barcelona or Bayern Munich. Goretska is out of contract next summer and so is expected to move in January. He had initially agreed to sign for Bayern at the start of next season, but may now opt for Barca, who need a long-term replacement for Andres Iniesta. He certainly seems a better fit for that role than Philippe Coutinho.

AND THE REST
Eden Hazard has ruled out a move to PSG…Everton and Chelsea are among the clubs being linked with Edinson Cavani…Tottenham and Liverpool will go head to head in a battle to land German midfielder David Philipp…Liverpool are interested in RB Leipzig’s 18-year-old French defender Dayot Upamecano.