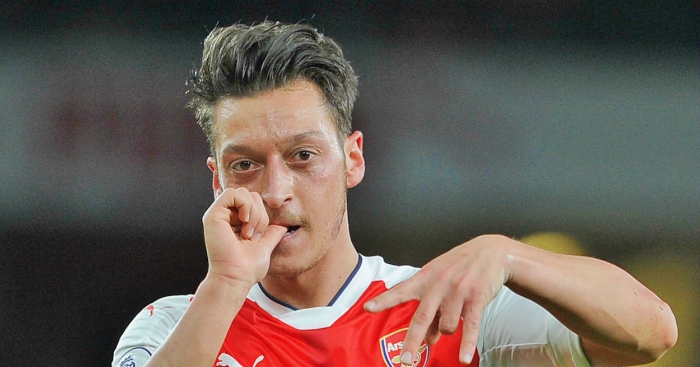 OZIL WILL LEAVE ON FREE
It’s hardly surprising news that Mesut Ozil is not close to signing a new Arsenal contract. There have been no announcements or rumours that talks are even underway, and little doubt that Ozil is counting down the days until he can bugger off.

Still, German media have confirmed all that. SportBild report that there have been no contract discussions with Ozil since February, and also say that claims Ozil was offered £250,000 a week to stay at Arsenal are completely false.

It all ends one way: Arsenal lose two of the three most expensive signings in their history on free transfers. Which is absolutely mad.

DIEGO COSTA HAS GOT OFF HIS ARSE
Good on Diego Costa. The Premier League season is only a month old, the transfer window closed two weeks ago and he was expected at preseason training eight or nine weeks ago, but the Chelsea striker has now made it as far as Madrid.

I mean, Costa has only done that so he can try and negotiate a deal with Atletico rather than as a peace offering to Chelsea, but you have to remember that Antonio Conte told Costa he could leave by text message, which hurt poor Diego. After all, Costa had only spent the last 18 months trying to negotiate his own exit from Chelsea.

I’ll say it right now: It would be bloody hilarious if Atletico turned down the chance to buy Costa after these shenanigans.

LIVERPOOL WANT DE VRIJ
Stefan de Vrij was strongly linked with a move to the Premier League a couple of years ago, when Louis van Gaal was in charge of Manchester United. Van Gaal had managed De Vrij as head coach of the Netherlands national team, and logic said he would bring him to Manchester United. It never quite worked out like that.

Now reports in Italy say that Liverpool are interested in De Vrij, with the Lazio defender out of contract next summer. Calciomercato believe that Inter and Juventus are both interested in the Dutch defender, but De Vrij will be able to negotiate with foreign clubs from January. That could allow Liverpool to sneak in.

Because if you can’t sign Van Dijk, go for his Dutch international teammate in the same position with a name that is close enough to an anagram to be acceptable.