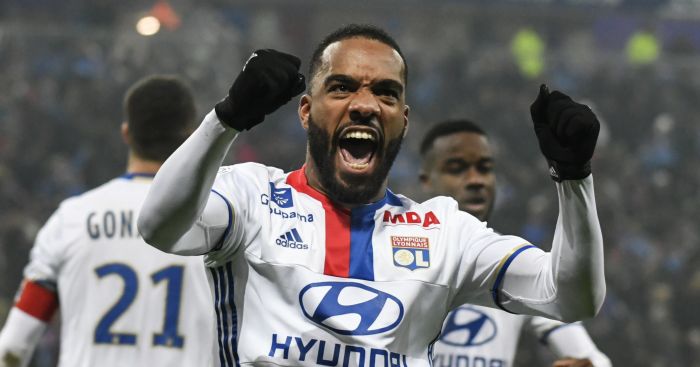 MANCHESTER UNITED TARGET OZIL SIGNING
I like Sundays. Not the late wake-up, breakfast in bed or lazy afternoons on the sofa, but the increase in unlikely transfer news in the Sunday papers. That’s why it truly is the Lord’s day.

In the Sunday People, Tom Hopkinson writes that ‘Jose Mourinho eyes Mesut Ozil in stunning summer raid’. We’re told how Mourinho plans to take advantage of the current uncertainty over Ozil’s future with an offer.

We did enjoy this line:

‘Mourinho plans to take advantage of the situation with an audacious move to link up with Ozil again. The Portuguese was furious when the player was sold by Bernabeu bigwigs without his blessing. The message from the top brass was that the £42.5million offer from north London was too good to turn down.’

Given that Jose Mourinho was Chelsea manager when Real Madrid sold Ozil, he probably wasn’t that bothered.

REAL MADRID DETERMINED TO LAND HAZARD
From one ballsy story about a Premier League star to another. L’Equipe claim that Real Madrid will loosen the purse strings this summer, and that Zinedine Zidane has made Eden Hazard his top priority.

The piece is very light on actual detail, but says that Real Madrid would love to sign a superstar like Hazard and that Chelsea will not want to sell. Which is several shades of obvious.

That said, Hazard has always struck as a player who is not wedded to life in England and the Premier League. Now 26, is this his chance to make that move for all the money?

IT’S MANCHESTER CITY VS ARSENAL FOR LACAZETTE
I dream of a summer when we won’t have to read through endless stories about Alexandre Lacazette’s possible move to Arsenal, but that dream will not be realised this year. Everyone’s favourite imaginary French striker is already being linked with a move to the Emirates.

The story is in the Sunday Mirror, and claims that Manchester City are prepared to battle Arsenal for Lacazette, with Atletico Madrid also waiting in the wings.

We’re also told that this is a ‘£40m race’, which actually strikes as a perfectly reasonable fee for a 25-year-old which such a good goal record, albeit just in the French leagues.

AND THE REST
Everton are ready to make a move for Tottenham full-back Kieran Trippier… Tottenham are lining up Burnley striker Andre Gray to replace flop Vincent Janssen… Everton are set to make a £27m bid for Real Sociedad star Willian Jose to replace Romelu Lukaku… Wilfried Zaha is a shock target for Manchester City as part of Pep Guardiola’s summer overhaul… Walter Mazzarri’s future at Watford still uncertain as he struggles to convince players of his methods with language barrier causing problems… Tottenham keeper Hugo Lloris is set to be in the middle of a summer tug of war between Manchester United and Paris Saint-Germain.