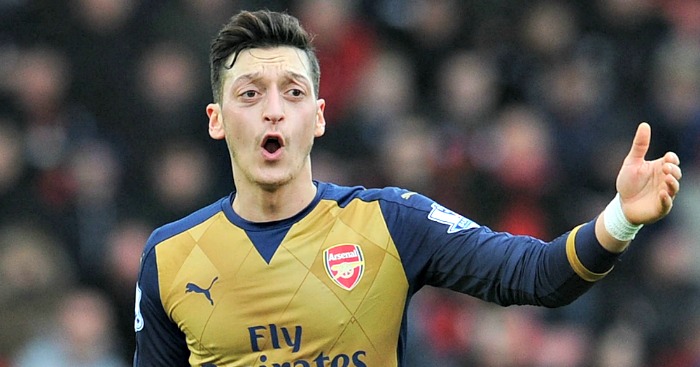 REAL WANT £60M LUKAKU
The Romelu Lukaku rumours don’t stop coming. We suspect that the striker will end up joining a club one step below Europe’s elite (Atletico Madrid, Borussia Dortmund, Paris St Germain and the like) rather than the big three of Bayern, Barcelona and Real Madrid. Nobody else seems to agree.

It’s The Sun who go big on Tuesday, claiming that Real want to spend £60m to bring Lukaku to the Bernabeu. That would be all kinds of mad, given that they already have Cristiano Ronaldo, Gareth Bale and Karim Benzema. Is this all a ruse so you can push the Bale/Ronaldo to Manchester United angle?

The Sun claim that discussions between Lukaku’s agent, Mino Raiola, and Madrid have already taken place, and that Real scouts have watched the 22-year-old on at least five occasions at Goodison Park. You’re making me tingle, guys.

CITY WILL TARGET THIAGO
Pep Guardiola is targeting Bayern Munich’s Thiago Alcantara as one of his Manchester City signings this summer, according the Guardian.

Guardiola has already taken Thiago from Barcelona to Munich, so it’s hardly surprising that he wants to continue their joint European tour.

Thiago is still only 24, though only has two senior caps for Spain. He has been excellent this season and since recovery from serious injury which ruled him out for almost a year.

The Guardian reckon that the bidding will start at £25m.

IF WENGER STAYS, OZIL GOES
Mesut Ozil will leave Arsenal if Arsene Wenger stays in charge, according to reports in Spain.

The Germany playmaker has been the Gunners’ best player for much of this season but is becoming frustrated with the club’s continued failings.

According to Don Balon, Ozil is ready to walk away from the Emirates Stadium and make the move back to Spain, with Real Madrid reportedly having first refusal on the player should he leave the Emirates. Barcelona have also been linked with the player.

Arsenal’s title challenge has fallen away recently, while Wenger’s side were knocked out of both the FA Cup and Champions League in the space of three days last week.

LIVERPOOL TO SELL SKRTEL?
Martin Skrtel topped Monday’s losers list after a rotten 45 minutes against Southampton. With the arrival of Joel Matip, we wondered whether the Slovakian had now been pushed to the bottom of Liverpool’s pecking order. Would he be the one to go?

Well, yes it appears. Although the report saying that Liverpool are looking to sell Skrtel comes from Di Marzio. Not quite sure how they would get the info over the Liverpool Echo or, say, Tony Barrett of The Times, but hey ho.

AND THE REST
Real Madrid are ready to open talks over a contract extension for Gareth Bale as they look to ward off interest from Chelsea, Manchester United and Paris Saint-Germain… Manchester City are planning a summer rebuild under new boss Guardiola but skipper Vincent Kompany will not be a casualty… Leicester City head of recruitment Steve Walsh and coach Craig Shakespeare are set to sign new contracts with the Premier League leaders until 2018… Arsenal have contacted Ligue 1 side Lorient over a potential transfer move for Raphael Guerreiro.