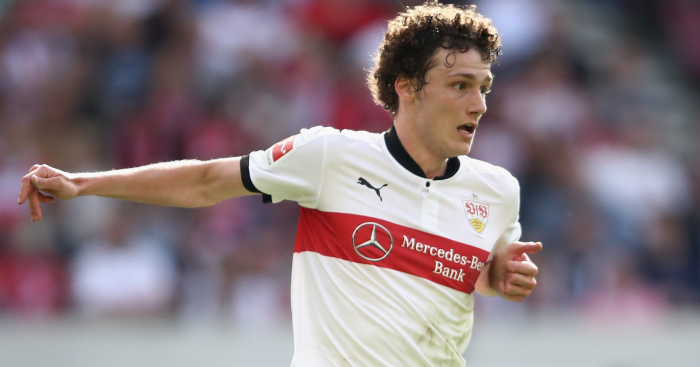 PAVARD TO LIVERPOOL, YOU SAY?
There was surprisingly little clamour around Benjamin Pavard during a summer he shot to prominence as France’s starting right-back during their World Cup triumph. Tottenham were linked but so too were Bayern Munich and once they enter the running for a Bundesliga-based star, the race is generally run.

Stuttgart made clear their intention to retain the versatile defender for at least one more season with a release clause stating he can leave for €35million coming into effect next summer. The expectation remains that Bayern will wait until then.

But, on Saturday, The Mirror are linking Pavard with Liverpool. Their website quotes a line on ‘news outlet KickOff’, which looks every bit as much of a news outlet as Paddy Power or William Hill. In any case, they refer only to ‘recent reports’ of Klopp’s interest in Pavard which we must have missed.

Nothing to see here…

CHELSEA OFFERED CAHILL DEAL
One defender who could be on the move is Gary Cahill. The England centre-back has been left out of Maurizio Sarri’s first couple of Premier League matchday squads and with the 32-year-old in the final season of his contract, Chelsea are open to offers.

Apparently, one has been presented by Galatasaray’s president to Chelsea director Marina Granovskaia. The Turkish club failed to seal a deal for Man City defender Jason Denayer, who joined Lyon instead, so according to Fotomac, they want Cahill instead.

The report makes no mention over whether a deal would be a loan move or a permanent switch. Either way, Galatasaray have until Friday to get to done.

PEP NOT DONE WITH KEEPER COVER
Manchester City opted to resolve their shortage of goalkeepers by summoning 19-year-old Aro Muric back from his loan at NAC Breda. But Pep Guardiola isn’t satisfied.

A report in Brazil from Globo Esporte suggests City could still make a move for free-agent Diego Cavalieri. The 35-year-old former Liverpool and Fluminense stopper finished the season at Crystal Palace but remains without a club.

Apparently, City made contact with Cavalieri’s agent on Tuesday to enquire over his contractual situation and his fitness. That was before they sent for Muric, but this story suggests Guardiola still wants more senior back-up for Ederson than 19-year-old Muric and a 20-year-old Daniel Grimshaw.