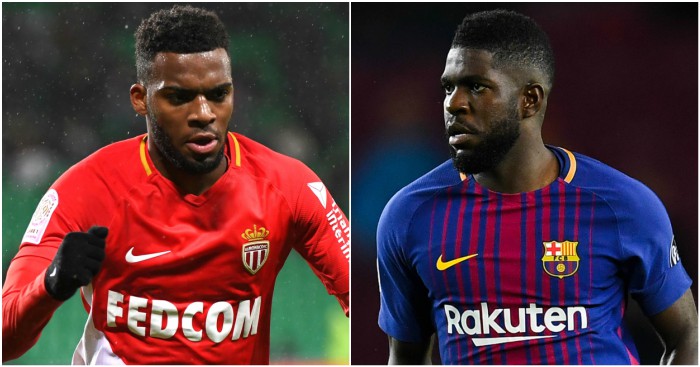 INTER EYE MATA AS MKHITARYAN ALTERNATIVE
Inter Milan want a playmaker from Manchester United. Anyone will do, apparently…

This morning, they are said to be sniffing around Juan Mata, despite having been the most heavily linked club with Henrikh Mkhitaryan.

According to the Daily Star, Mkhitaryan was Inter’s primary target in January, but FFP rules dictate that only a loan deal would be possible. Jose Mourinho is said to have scoffed at that idea, despite the Armenian being kept in reserve, supposedly after falling out with the manager over a video analysis session back in November.

Their story states Mourinho wants hard cash for Mkhitaryan to fund a deal for Antoine Griezmann. Given Mkhitaryan is said to be up for grabs for around £15million and Griezmann would cost perhaps six times that sum, it’s hard to see how the two are linked. Mourinho could be checking out of the Lowry and Old Trafford in the summer anyway.

Anyway, Inter instead are prepared to wait for lovely Juan instead. So says the Daily Express, at least…

The 29-year-old is out of contract at the end of the season and though he remains prominent in Mourinho’s thinking, he is likely to want assurances over his prospects amid United’s links with Mesut Ozil.

LEMAR FANCIES FILLING COUTINHO’S BOOTS
With Philippe Coutinho looking increasingly likely to be packing his bags for Barcelona sometime between now at next season, Liverpool are being linked with two big names as possible replacements.

The first is Alexis Sanchez. Though that snippet is brought to us by Don Balon, so let’s just park it there and never speak of it again.

The second name, however, seems far more feasible. The Reds want Thomas Lemar and, apparently, he wants them too.

The Mirror claims Liverpool have already made contact with Monaco, as they did last summer when a deal could not be agreed. Should the two clubs find common ground this time, which is more likely with the Reds probably having £130million burning a hole in their pocket, Yahoo quotes sources in France that suggest Lemar is bang up for it.

PEP WANTS £50M REINFORCEMENTS
Pep Guardiola is said to have looked at his all-conquering Man City squad and their 15-point lead in the Premier League and thought: “This needs another £50million throwing at it immediately.”

That is the claim of The Sun, with a January deal for Sanchez mooted, while Real Sociedad defender Inigo Martinez is also linked.

With Gabriel Jesus sidelined, Guardiola is said to be keen to bring forward the recruitment of wantaway Arsenal star Sanchez, with the Gunners likely to demand £25million to sanction an exit this month, rather than watch him walk away for nothing in the summer.

Spain international Martinez is said to have £26million release clause in his Sociedad contract, while L’Equipe suggests City are also hot on the trail of another La Liga-based centre-half, with Barcelona’s Samuel Umtiti widely reported to be available for £53million, owing to his release clause. Barca, though, are keen to tie the France international down to new terms.

AND THE REST
Danny Rose is on Manchester United’s transfer radar as Jose Mourinho urges the club’s board to make the £50m signing…Watford want Sunderland midfielder Didier Ndong, Leicester striker Islam Slimani and Liverpool outcast Lazar Markovic in a triple January swoop…Southampton, West Ham, Newcastle and Everton are all in the running to sign out-of-favour Arsenal winger Theo Walcott…Everton are closing in on the transfer of Cenk Tosun after face-to-face talks with the Besiktas president Fikret Orman…Robbie Keane could make an amazing return to Wolves as they close in on promotion to the Premier League…West Brom are ready to sell Jonny Evans this month if he won’t commit to a new contract, with Manchester United and Manchester City ready to swoop…Swedish side Ostersunds want to sign forgotten Celtic midfielder Liam Henderson…Stoke boss Mark Hughes is set for talks with the board amid their awful run of form and questions over his future at club…Tottenham are ready to smash their wage ceiling to make Harry Kane the highest paid Englishman in the Premier League on £200k-a-week.