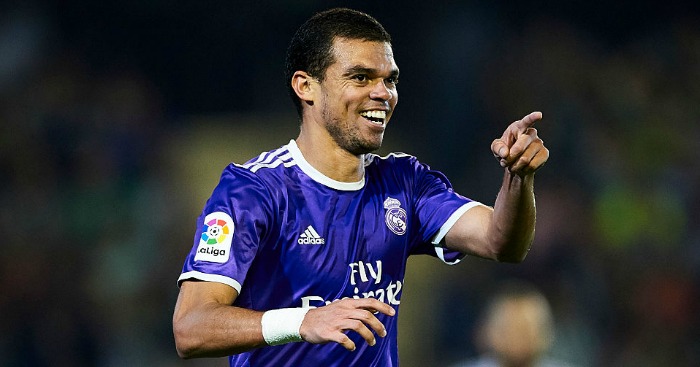 Wednesday morning brings three names into the mix, although one of them has been mentioned numerous times before. That is Alessio Romagnoli, who The Sun continue to believe will be the subject of a £49m bid from Chelsea. We just can’t accept that he’s the right man for that price.

Elsewhere in The Sun, we’re told that Chelsea, Manchester United and Liverpool are all ‘ready to pounce’ for Paris St Germain defender Presnel Kimpembe, who has broken into the first-team this season due to the sale of Luiz and injury sustained by Thiago Silva. Kimpembe was also called up to the French senior squad during the last international break, but did not make his debut.

Finally, the Daily Mirror report that Real Madrid defender Pepe is considering a switch to Chelsea at the end of this season. Pepe is out of contract at the end of the season, and could therefore agree a free transfer in January.

However, with Per Mertesacker potentially on his way out of the club, Spanish newspaper Sport claims that Arsenal will go back in for him. Wouldn’t he still be back-up behind Shkodran Mustafi and Laurent Koscielny?

The reason for Sport’s interest is that they claim Barcelona are also tracking Manolas, and would give Arsenal competition for his signing. Still not truly convinced that he’s good enough for Barcelona.

MANCHESTER UNITED TRACKING GELSON MARTINS
We always get cynical when reading the words ‘tracking’ or ‘scouting’ when regarding a club like Manchester United, because they (and clubs like them) have such extensive scouting networks that players are constantly being scouted or tracked. It doesn’t actually mean that the player will sign. Only last week United announced that they had appointed 50 new scouts around the world.

Anyway, the Daily Mirror reports that United are ‘tracking’ Sporting CP winger Gelson Martins, who they also say is being watched by Real Madrid, Bayern Munich and Barcelona.

Martins is 21 and made his senior international debut for Portugal last month having missed out on a place in their Euro 2016 squad.

Enjoyably, the Mirror run a poll underneath their article: ‘Would Gelson Martins be a success at Manchester United? Yes or no.’ There isn’t an option for ‘Haven’t got the foggiest’.

AND THE REST
Newcastle could make a move for their former defender Tamas Kadar… Lee Probert is not allowed to ref in the Premier League until he proves his fitness… West Ham are keeping tabs on Besiktas’ former Fulham midfielder Kerim Frei… Former Tottenham and Chelsea boss Andre Villas-Boas is set to be named Wolfsburg manager… Premier League clubs have been warned for the first time that they could face serious sanctions, including substantial fines, if they fail to keep a promise to provide minimum standards for disabled fans by August 2017… The FA will demand that Manchester United make Marcus Rashford available for the European U21 finals next summer irrespective of his development with England’s senior side this season.