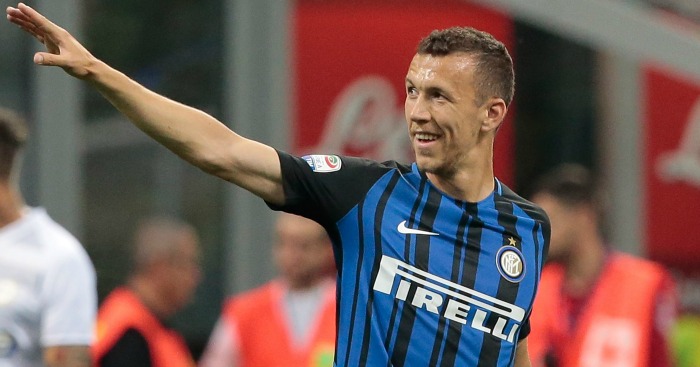 MAN UNITED TO GO BACK IN FOR PERISIC
We’re starting with Sky Italia, and their update on the Ivan Perisic to Manchester United deal.

Sky Italia do say that Manchester United are unlikely to pay Inter’s €55m asking price, and so there is still some haggling to do. That said, they believe that a deal will be done.

It’s weird how Valero played for West Brom, isn’t it?

MAMMANA – WHAT’S HIS NAME?
His name is Mammana, which I’ve just explained. Sport Review – which sounds deliciously vague – say that Liverpool want to sign Emanuel Mammana for £14.9m. The report is written by Emanuele Giulianelli, which makes us instantly suspicious. He pops up everywhere with his wild claims.

Mammana is 21, a central defender, plays for Lyon and has three senior Argentina caps. Yet all we can think about is how greedy it is to have a name with four Ms. Four!

TOTTENHAM WANT MAWSON OR GIBSON
Now to the Daily Mirror, where John Cross writes that Tottenham would like to sell Kevin Wimmer in order to buy one of Ben Gibson from Middlesbrough or Alfie Mawson from Swansea.

Wimmer has been linked with a move away from White Hart Lane for most of the summer, with his agent accusing Spurs of pricing him out of the market. At £20m for a backup central defender, you can see his point.

If Tottenham can do a deal, they will reportedly seek to sign either Mawson or Gibson, who will both surely cost at least £30m. Market’s gone bloody weird, hasn’t it?

BELLERIN IS STAYING, GUYS
And that one comes from John Cross in the Daily Mirror too. He writes that Hector Bellerin has been told he will not be leaving for Barcelona this summer.

That’s all very cute, but Wenger has previously said that Samir Nasri and Cesc Fabregas have been told that they will not be leaving, and he’s also told Alexis Sanchez that he will not be sold to a Premier League club. The question is whether that actually means anything.

The hope is that telling Bellerin that he isn’t leaving will also persuade Barcelona to do one, but can’t help thinking that that is wishful thinking. Surely the most likely conclusion is that Bellerin stays another season and leaves for Barcelona next summer.

AND THE REST
Inter Milan have made an approach for highly-rated Chelsea youngster Andreas Christensen… Huddersfield are chasing Danish defender Mathias Jorgensen in a £3.5m deal… Leicester boss Craig Shakespeare has launched a £20m bid for Watford striker Troy Deeney… West Ham have finally offloaded Enner Valencia to Mexican outfit Tigres… Burnley have had an £8m bid for Nottingham Forest striker Britt Assombalonga rejected by the Championship side… Barcelona are preparing to rival Real Madrid for Dani Ceballos after club chiefs contacted Real Betis about the midfielder.