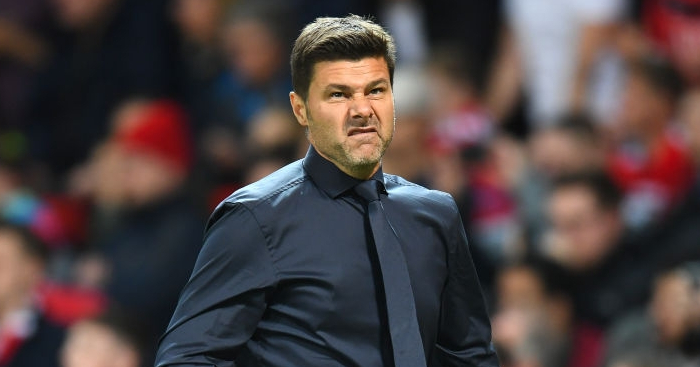 SORRY…IT’S ALL UNITED
Mauricio Pochettino has a decision to make. He can either leap into the unknown with Manchester United, or continue making strides with a Tottenham side built in his own image.

Will he open the mystery box? The Daily Telegraph say he is ‘not only United’s No 1 target, but the only one being seriously considered’. And they are willing to put their money where all of the mouths are.

According to Jason Burt and Matt Law, a compensation figure ‘of around £42m has been mooted’, which would quite easily be the most any club has paid to bring in a manager from elsewhere. It would put Pochettino behind only Paul Pogba, Romelu Lukaku, Angel di Maria and Fred in terms of the club’s most expensive signings ever.

United are ‘prepared to pay whatever it takes’ if Pochettino is open to the move, and reports suggest he does at least want to be considered. But Tottenham will fight tooth and nail to keep him. They will tell him that ‘he will not get the same level of control elsewhere,’ and will make a January signing ‘if the right opportunity can be found’. They will also ‘promise Pochettino a healthy summer transfer budget’.

The fact that United are looking to employ a Director of Football could also benefit Spurs, who agreed not to install one at Pochettino’s behest. This one is going to roll on for months.

That £34m “compensation” figure for Pochettino is merely the amount left on his Spurs contract. The club are under no legal obligation to accept it and can theoretically ask whatever they want on top of it.

‘United are considering a move for Porto defender Eder Militao,’ the article claims. ‘The 20-year-old Brazilian international is not their only option but is regarded as far more attainable than Napoli’s Kalidou Koulibaly, even though Porto have made it through to the last-16 of the Champions League.

‘A fee of around £40 million has been discussed’ for a player with 74 career first-team appearances, and one Brazil cap. Sheesh.

WAR, HUH, YEAH
To complete the United transfer gossip column hat-trick (we’re bored too, but it’s the only thing people are actually talking about), the Daily Mirror are here.

‘Man Utd’s January transfer war-chest and targets as Ole Gunnar Solskjaer jets in,’ reads the headline. Despite having no idea Mourinho was getting sacked or Solskjaer was being brought in, they know exactly who he is targeting and how much for. Convenient.

Mind you, this war-chest United are willing to offer Solskjaer for January is a little underwhelming. He will be allowed to spend ‘up to £50million, with ‘around £30m’ set aside for Toby Alderweireld.

‘A central defender and a right-sided midfielder remain the priority positions to address,’ apparently. And so other targets include the aforementioned Eder, Kalidou Koulibaly and Douglas Costa.

Again ‘up to £50million’. The absolute best of luck getting more than one of those.