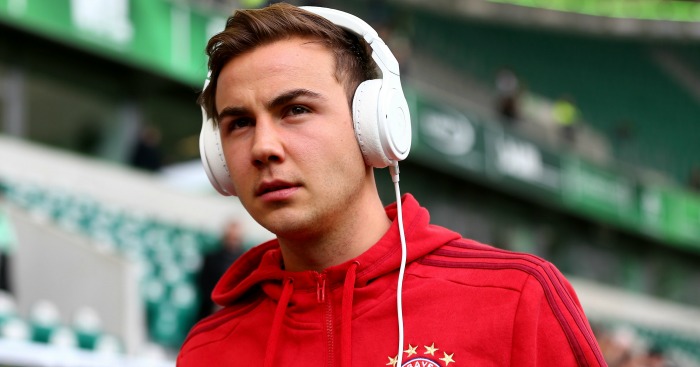 UNITED TO MAKE POGBA BID. CITY AND CHELSEA KEEN
Well, the Gazzetta dello Sport certainly aren’t hanging about. They claim that Manchester United, Chelsea and Manchester City will go up against each other to try and sign Paul Pogba this summer, with United ready to make a bid.

The paper claim that Jose Mourinho is obsessed by Pogba – aren’t we all – and tried to bring him to Chelsea last summer. Although he failed, Mourinho is not once bitten twice shy. The Gazzetta are assuming that Mourinho will get the United gig, of course.

Chelsea is the interesting shout, with Pogba’s former manager Antonio Conte looking like he will take over at the club, while City will always look to be involved. Could Pogba be the replacement for Yaya Toure?

Finally, the Gazzetta reckon that Juventus president Giuseppe Marotta will only listen to offers that are north of €80m. That seems entirely reasonable, given Pogba’s age and reputation.

BARCELONA DON’T WANT STONES ANYMORE
Let’s just say we aren’t that surprised. Interest from Manchester United, City and Chelsea in John Stones always seemed perfectly logical, but Barcelona trying to sign him didn’t. Why would a foreign club bother paying the English premium? Why would Everton sell below the English premium with Premier League clubs interested?

Having been told such nuggets as ‘Stones is taking Spanish lessons’ as evidence of a move, the Daily Mirror now say that it isn’t a goer. They reckon that Barcelona now have doubts over Stones’ ability to adapt to La Liga. He’s been struggling enough in the Premier League of late.

Although Chelsea have had a rotten season, one still wonders whether Stones is pretty p*ssed off at not being allowed to leave Everton last summer. Roberto Martinez’s ‘Clean sheets? Pah’ philosophy is not the perfect conduit for a defensive reputation to be enhanced.

WEST HAM EYEING UP BENTEKE OR BONY?
Just to let you peek behind the curtain for a second, yesterday morning in the office we had a discussion over Christian Benteke’s next club. West Ham were touted as the logical Premier League option, though we concluded that the striker would probably prefer someone like Borussia Dortmund should Pierre-Emerick Aubameyang move to Real Madrid.

Still, someone was at least listening. The Daily Mirror report that West Ham have put Benteke on their ‘transfer hit-list’, along with Michy Batshuayi and Wilfried Bony.

Batshuayi is touted as their favoured target, which is understandable given that Benteke will cost a fair whack and City are unlikely to let Bony leave on the cheap. It’s pretty mad to think that he is in the top three most expensive African players of all time.

GOTZE TO LEAVE BAYERN? FOR LIVERPOOL?
Reports coming out of Germany suggest that Mario Gotze will be allowed to leave Bayern Munich this summer. It really does need to happen. Gotze is out of contract in a year, is struggling to hold down a regular first-team place and has heard nothing about being offered a new deal.

German transfer sleuths TZ (nope, never heard of them) reckon that the lack of discussion over a new deal means that Gotze is off, which should prick up the ears of many clubs around Europe.

TZ themselves mention Real Madrid, Juventus, Manchester United and Liverpool, but it’s that last name that is most intriguing. Two years ago Liverpool didn’t have a chance, but Gotze’s slight fall from grace and Jurgen Klopp’s presence as manager at Anfield does now make it at least a possibility.

Reckon he’d get in the side ahead of Adam Lallana?

AND THE REST
Liverpool are interested in signing Cologne keeper Timo Horn and defender Jonas Hector… Southampton fear Sadio Mane’s drop in form will reduce his transfer value this summer (Yep, that’s how it works)… The Baggies have stepped up their pursuit of Gent striker Laurent Depoitre by inviting the 27-year-old’s agent to watch a match at The Hawthorns… Jack Grealish, Jordan Veretout, Idrissa Gana and Jordan Ayew could all leave Aston Villa in the summer… Newcastle are eyeing a summer move for Lyon defender Samuel Umtiti, 22… Tottenham could make a summer move for Sassuolo forward Domenico Berardi.