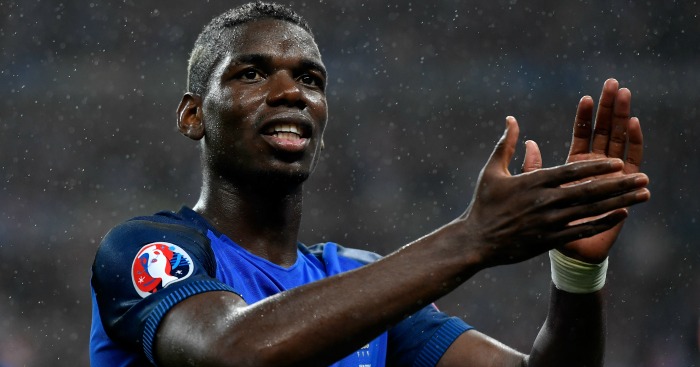 UNITED TO MAKE £100M POGBA BID
The whole ‘Paul Pogba to Manchester United’ thing gathers pace by the day. We can’t quite yet accept that this anything more than just a desire for it to happen. Real Madrid or staying put at Juventus are the eventualities that our brains most compute.

Still, the Daily Mirror believe that United are going to go all out on this one. They report that United will bid £100m for Pogba, and offer the Juventus midfielder £300,000 a week to make the move. That would surely be enough for Juve to accept and Pogba to at least think about making the switch. Damn, we’ve got all excited again.

CHELSEA HOLD MESSI TALK…HAHAHAHA
Chelsea hold Lionel Messi talks? Sure, The Sun. Why not. Why not indeed.

This one is a Phil Cadden ‘exclusive’, reporting that Lionel Messi’s father Jorge met Roman Abramovich on the Chelsea owner’s yacht. They put two and two together to say that Chelsea could sign Messi for a fee that would smash the £100m mark.

It’s a lovely big story on a slow news day, but fails to appreciate the elephant in the room that is Barcelona’s unwillingness to sell the best player in the world.

We’ll say it now: The Sun can do all the exclusive splashes they want, but if Chelsea sign Messi this summer this gossiper will eat his shoes and film it.

LIVERPOOL TO GET £15M FOR IBE
We’re sticking with The Sun now, and their claim that Bournemouth are ‘testing’ Liverpool with a £15m bid for Jordon Ibe. Presumably by ‘testing’ they mean testing Liverpool’s ability to say “Yes please” as loudly and quickly as possible?

On Wednesday we created a list of the most expensive uncapped English players. By Thursday, we have reports of a player going top of that list.

AND THE REST
West Ham are looking to hijack Crystal Palace’s move for Liverpool striker Christian Benteke, 25… West Ham co-owner David Sullivan says the club were priced out of a move for Boca Juniors forward Carlos Tevez, 32. They offered him £150,000 a week but the Argentine asked for £250,000 a week to return to his first English side next season… Middlesbrough are considering a move for Fenerbahce striker Robin van Persie, 32… Manchester City will have to spend more than £100m if they are to capture Leonardo Bonucci and John Stones… Juventus are considering a £17 million bid for Chelsea midfielder Nemanja Matic, who could be surplus to requirements with the Blues.