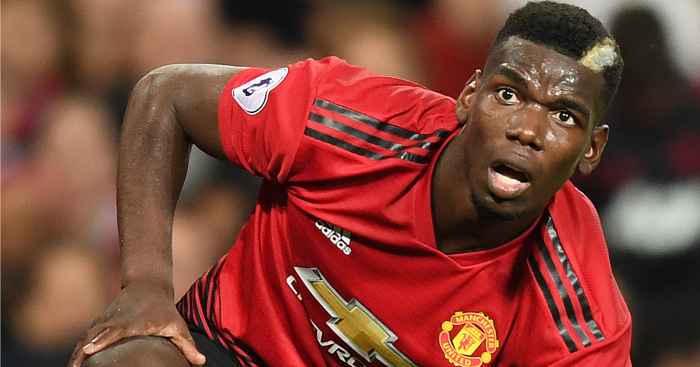 POGBA SEEKS JUVENTUS RETURN
That’s the gossip from Tuttosport in Italy. They claim that Paul Pogba made such a fuss about Manchester United’s tactics at the weekend because he wants to leave the club and return to Juventus. Despite all the recent links to Barcelona, it seems that Pogba wants to return ‘home’.

To be fair, you can hardly blame him – Juventus are top of Serie A having scored 11 goals in five games (and he would have the opportunity of playing alongside Ronaldo) while United are seventh in the Premier League having scored just nine goals in six games.

MAN UNITED TARGET’S PRICE RISES
The lament from Spanish newspaper Mundo Deportivo is that the price of Ajax youngster Frenkie De Jong is rising every day, with Dutch newspaper De Telegraaf claiming that he would cost £72m after both Manchester United and Real Madrid registered an interest.

The kicker for Barcelona is that De Jong has apparently made it clear that he wants to join Barcelona to play with Lionel Messi, but that will not persuade Ajax to sell him for less.

PLEASE SARR, CAN YOU JOIN ARSENAL?
The Sarr in question is Rennes and Senegal winger Ismaila Sarr, who scored a cracking goal in the Europa League last week against FK Jablonec. The Daily Mirror claim that Arsenal and Inter are two clubs interested in the 20-year-old who would cost around £20m.

Sarr has scored eight goals in 34 games for Rennes despite playing largely from the flank, and has 19 caps for his country despite his tender age.

AND THE REST
Ander Herrera would rather stay at Manchester United than join Barcelona…West Ham could lose Declan Rice after he turned down a new contract…Arsenal, Manchester United, Liverpool, Chelsea and Newcastle are among 18 clubs to have sent scouts to watch Benfica’s German goalkeeper Odisseas Vlachodimos…Aston Villa are ready to begin talks with Wales defender James Chester over a new contract.