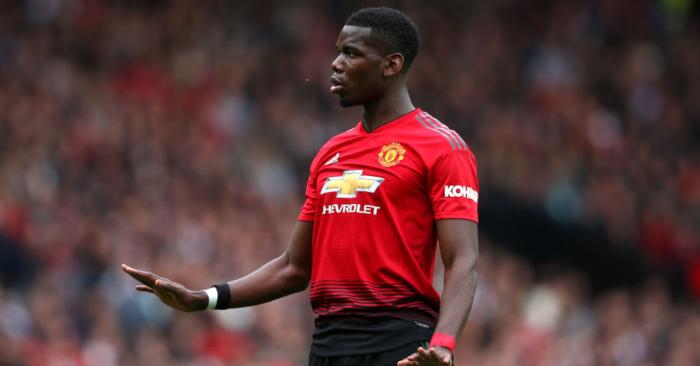 POGBA PRICE NAMED
This one is going to run and run. What we know – because everybody keeps telling us, presumably after getting the nod from Mino Raiola – that Paul Pogba wants to leave Manchester United this summer, preferably for Real Madrid, because he would like to a) play under Zinedine Zidane and b) win some trophies, thanks.

What the Daily Mail are now telling us is that United do not want to sell Pogba, but that they would consider for a price. And what is that price? Well, it’s £160m. Which seems perfectly unreasonable.

Meanwhile, Manchester United have reportedly ‘made Lyon aware’ of their interest in former Celtic striker Moussa Dembele. At this point, we are imagining Edward Woodward whispering from behind a curtain. Which is nice.

SPURS TO GET ‘HUGE TRANSFER BUDGET’
“We need to rebuild, it is going to be painful,” said Mauricio Pochettino. “Everyone says Tottenham have an amazing house but if you want a lovely house maybe you need better furniture.” And you just know he is picturing Eric Dier as some sort of functional desk from DFS.

The Sun interpret this as Pochettino being given a ‘huge transfer budget’ and they have included the figure of £100m in the URL despite this not being mentioned in the actual story. Would £100m be huge though? Fulham spent £100m last summer and West Ham came pretty bloody close.

AND THE REST
Fernando Llorente wants to extend his stay at Tottenham…PSG want Kalidou Koulibaly but the Napoli defender would prefer to join Manchester United…David Luiz is in talks with Chelsea about a new contract…Southampton are currently leading the race for Hull striker Jarrod Bowen…Chelsea and PSG could swap Julian Draxler and Willian…Or Barcelona could just sign Willian for £30m…Real Madrid are on the verge of signing Luka Jovic…Sporting Lisbon’s Bruno Fernandes and Benfica’s Joao Felix could both join Manchester City.