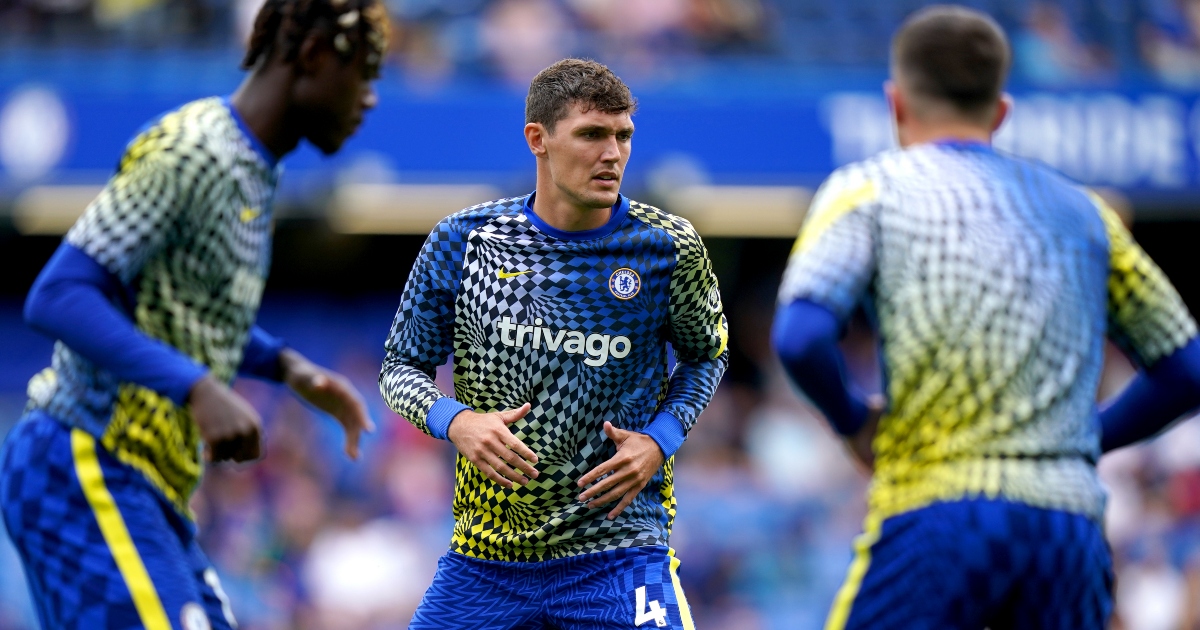 Despite the inevitability of his name meeting the dotted line at Stamford Bridge, three of the ‘Big Six’ will try to tempt a Chelsea defender to leave for free…

UNITED, CITY, SPURS ALL WANT CHRISTENSEN
The future of Andreas Christensen has been a pretty big talking point in west London in recent months, with his contract situation being overshadowed by Antonio Rudiger’s, who is a more popular figure at Stamford Bridge thanks to his charismatic character and terrific ability on the pitch. Christensen’s future seems a lot clearer than his German team-mate’s, with numerous reports recently claiming the Dane is close to signing a new deal.

Barcelona have been one of the names constantly brought up when discussing potential destinations for Christensen if he was to leave Chelsea, and the Catalan giants will probably be linked with every free agent with a good reputation due to their financial situation.

Despite Barca’s interest and the reports the Denmark defender is close to signing a fresh contract, the Blues’ Premier League rivals Man Utd, Man City and Tottenham are ready to battle it out for Christensen’s signature. Spurs could do with strengthening in defence, with United and City both in possession of over £200m worth of central defenders. The PL trio, as well as Barca and AC Milan are ‘on standby’, per the Daily Star, as they monitor the Chelsea man’s situation.

MARTIAL COULD RETURN TO LIGUE 1
Nobody was particularly surprised when Anthony Martial’s agent dropped what he probably believed was a transfer bombshell in revealing his client wants to leave Man Utd in January. The France forward has not featured an awful lot for the Red Devils this year, with his inclusion as a lone striker being criticised heavily by fans due to his lethargic style of play.

Ligue 1 duo Lyon and Paris Saint-Germain are keen on bringing Martial back to his home country, six-and-a-half years after moving to Manchester. However, Lyon can only afford a loan deal, and PSG will only make a move for the 26-year-old should Kylian Mbappe leave for Real Madrid in the summer, according to RMC Sport, who claim that Barcelona are also interested. Ousmane Dembele will probably leave for nothing at the end of the season, so why not swap a French flop for another French flop? That would go down well.

Furthermore, in a shocking turn of events, Martial’s wife has revealed she will support her husband in whatever he chooses to do. “His choice is my choice. I would always agree with his professional choices,” Melanie said during an Instagram Q&A.

‘EXIT OPERATION’ PENDING AT BARCA
Continuing the theme of including Barcelona in each transfer rumour, this one is all about them. The Blaugrana are not in their best state financially, as you are aware, and will look to raise funds in January by offloading five players, claim Mundo Deportivo.

Samuel Umtiti, Philippe Coutinho, Sergino Dest, Oscar Mingueza and Luuk de Jong are the players in question, with the report adding that Barca could announce some departures as early as December 21. De Jong joined in the summer on a season-long loan deal from Sevilla, struggling to win the fans – who weren’t keen from the off – over.

Umtiti and Coutinho have been rumoured to be surplus to requirements for months, but the pair’s injury concerns could hinder Barca’s attempts to get rid. Dest has not made a great impact at the Nou Camp, but still has a lot of potential, so his sale will likely be the easiest to materialise out of the lot. Whereas Mingueza could just be a victim of the club’s extremely necessary overhaul.