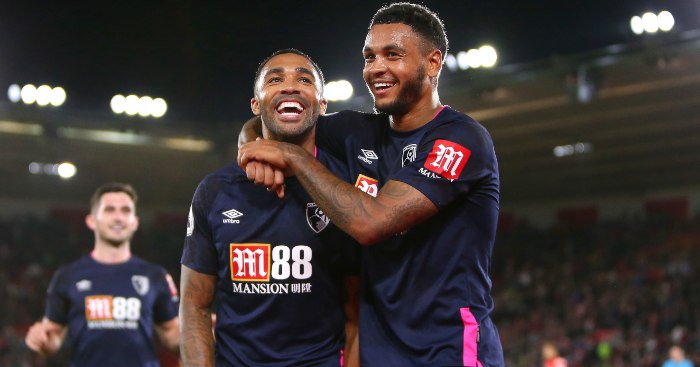 SILVA SWAP
Barcelona are attempting to lure Bernardo Silva to the Nou Camp, and are reportedly planning a player-plus-cash offer for the Portuguese forward.

Manchester City’s player of the year in 2019 has dropped down the pecking order at the Etihad, with Phil Foden’s increased playing time and the consistency of Riyad Mahrez meaning he has spent much of his time on the bench. Guardiola is unsure whether to blame himself or the performances of others.

He said: “This season, maybe it was my fault or maybe Phil was more involved and Riyad maintained his level and the other players played good too.”

Whatever the reason, Silva will be frustrated and Barcelona are set to offer him an alternative. The Telegraph claim the Catalans will offer full-back Nelson Semedo in return as well as a a cash sweetener. The news comes as City look to win the 2019/20 Champions League, and win back the 2020/21 Premier League title, which is proving to be an interesting combination in the betting offers floating around.

NEYMAR. MBAPPE. ICARDI. KING?
Unhappy with their wealth of attacking talent, Paris Saint-Germain are targeting Josh King. At least, that’s what The Sun are claiming. The French giants are seemingly unhappy with the output of Neymar, Kylian Mbappe and Mauro Icardi and want six-goal King to add some more ‘firepower’ to their ranks.

If Manchester United’s £20million approach for King January was odd, this is utterly bizarre. But then PSG do have history in offering Championship strikers lucrative deals to sit on the bench in Paris. Eric Choupo-Moting has done just that for the last two seasons.

King is apparently keen to remain in the Premier League, with Everton, Newcastle and Brighton among ‘TEN’ top flight clubs registering their interest. They don’t feel the need to mention the other seven, or the four from Serie A also reportedly keen on him…

The report goes on to claim ‘his next aim will be to play Champions League football for a club on the continent’. Being at a Champions League club and actually playing for them are two different things.

BROOKS’-SIDE?
Everton, Tottenham and West Ham are ready to battle Liverpool for £35million David Brooks. The Bournemouth midfielder – so impressive last season – has barely featured in this campaign through injury, but is undoubtedly good enough to remain in the Premier League following the Cherries’ relegation.

Liverpool are looking for a replacement for Adam Lallana following his move to Brighton, and Brooks – with his talent and versatility – represents an attractive proposition for Jurgen Klopp. But the Reds are unlikely to want to fork out the £35million that has been quoted, with cut-price deals the order of the transfer window for Michael Edwards ahead of the new season.

That opens the door for the other Premier League suitors vying for his signature, according to the Daily Star. The Welshman would improve most teams in the top flight.