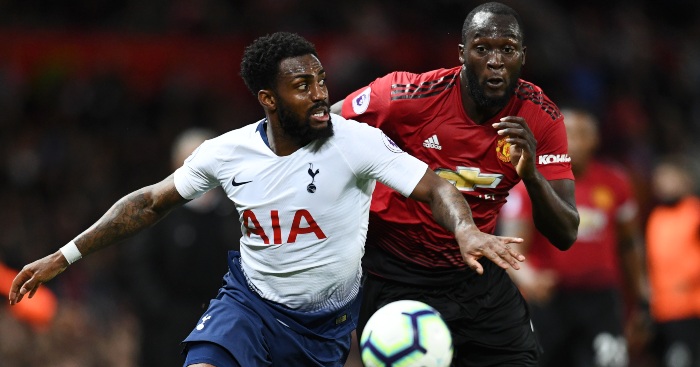 ALDERWEIRELD CLAUSE EXPIRING
Daniel Levy is counting down the hours until Friday, according to The Telegraph. That’s the day when Toby Alderweireld’s notorious release clause expires and, Matt Law reports, the point at which Levy’s asking price will rocket up to £40m for the Belgian international.

The Telegraph claim that Manchester United will revisit their interest in Alderweireld if their deal for Harry Maguire hits any more snags. Beyond the medical he seems to have been stuck in for the past week-and-a-half, obviously. City, strangely, don’t seem interested.

LUKAKU NOT GOING CHEAP
United seem to be learning something from Leicester’s approach over Maguire, too, as they’re digging their heels in over Romelu Lukaku’s long-awaited move to Inter Milan.

The Mail have the clubs nearly £40m apart in their valuation and, apparently, United are not going to allow Inter to drag this out all the way to the transfer deadline; they want £90m and they want it in time to allow them to sign a replacement forward.  Given that Inter’s transfer’s record is still the £41m spent on Christian Vieri (almost twenty years ago now), it sounds like the Belgian is staying in England for now.

BETIS CLIMB DOWN?
Tottenham’s pursuit of Giovani Lo Celso became dull quite some time ago, but the consensus seems to be that there’s a resolution in sight now.

The key development is Nabil Fekir joining Real Betis from Lyon, meaning that the Spanish club are now in position to sanction a sale – and, having held out for £70m all summer, The Sun believe that they’ll let Lo Celso go for a slightly more reasonable £45m.

ROSE OFF TO FRANCE
The market for Danny Rose is surprisingly firm, with Paris Saint-Germain and Juventus tussling to sign the full-back. The Sun’s Mike McGrath reports that PSG are the more likely too, and hope to add Rose to a list of Premier League ex-pats including Ander Herrera and Idrissa Gueye.

AND THE REST
Unai Emery will decide this week if Reiss Nelson is going out on loan again… Kieran Tierney wants a sit down with Neil Lennon after Celtic rejected Arsenal latest approach… Man United are still keen on Sean Longstaff… and Bruno Fernandes… Leicester are trying to hijack Dennis Praet’s move to AC Milan… Liverpool’s Ovie Ejaria is for sale.