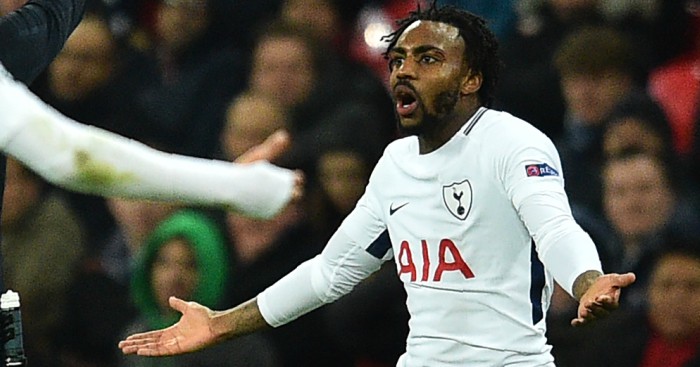 PARIS SAINT-GERMAIN TO BID FOR TWO TOTTENHAM STARS
You have to admire the work of the Daily Express, who have seen the transfer window end for English clubs to buy players, and immediately changed tack to discuss massive offers coming in from abroad.

On Tuesday morning, the Express go big with their claim that PSG are going to make a £100m bid for Tottenham’s Christian Eriksen before the end of August. Good luck with that – if Spurs sold him now after the quiet summer and stadium delay there would be riots outside Wembley.

More believable news comes from the Daily Mirror, who discuss the future of Danny Rose. The left-back was linked with a loan move to Schalke last week, which seemed like a move that suited none of the parties.

Now, Rose is being touted for a move to France – la vie en Rose. PSG are also keen on him. We’re not sure that Paris constitutes that move ‘north’ that Rose spoke so candidly about at the beginning of last season. Which is where all this started to go south, ironically.

DARMIAN WILL STILL BE SOLD THIS MONTH
Matteo Darmian might have started Manchester United’s first league game of the season against Leicester City, but don’t expect him to hang around this season. The full-back has made little secret of his wish to return to Serie A, and it really hasn’t gone well since he arrived in England.

It doesn’t seem like Manchester United will stand in his way, either. The Manchester Evening News say that Juventus, Napoli and Inter are all interested in signing Darmian, although none will likely make him their first-choice right-back. Inter have just signed Sime Vrsaljko, for instance.

AND SO WILL RAGNAR KLAVAN
Another top-six defender who is apparently for sale is Liverpool’s Ragnar Klavan. The Estonian started 16 Premier League games last season, but is unlikely to match that total in 2018/19. Jurgen Klopp has Virgil van Dijk and Dejan Lovren as his first-choice pairing, with Joe Gomez and Joel Matip as backup. If Klopp wants a fifth option, academy product Nat Phillips might be it.

You can hardly blame Klavan for wanting regular first-team minutes, and the Liverpool Echo say that Klopp is prepared to listen to offers for him. But they also say that Klavan is seen as a model professional, who will remain a key part of the squad this season, should he stay.