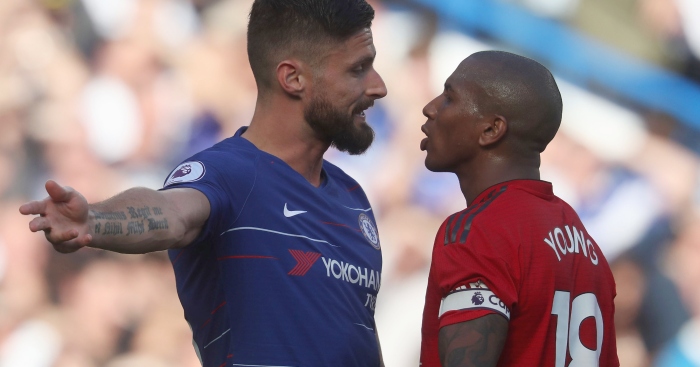 YOUNG’S ITALIAN OFFERS
The new year brings Ashley Young a step closer to free agency with the Manchester United veteran now in a position to sign a pre-contract agreement with foreign clubs. With his deal at Old Trafford expiring in the summer, The Mirror says the 33-year-old has options…

Two of those are Inter Milan and Roma. Not that Young is agitating for a move. Apparently, the stand-in skipper would prefer to extend his present deal on the £130,000-a-week salary he currently enjoys. United are also said to be willing to reach an agreement but they were also understood to be keen to get it done before the arrival of 2019, which suggests a sticking point in negotiations.

Young is in a good position. He’s still a key part of United’s first XI despite the removal of Jose Mourinho but it would seem to make sense for the versatile wide player, who turns 34 before the start of next season, to bide his time to wait and see who gets the permanent managerial gig.

FIVE EYE ABRAHAM
Depending on which report you read, Tammy Abraham may be in rather more of a hurry.

According to The Sun, the England Under-21 centre-forward will ask Chelsea to terminate early his season-long loan to Aston Villa, where he has netted 16 goals in 20 appearances. Presumably, having pissed it in the Championship, the 21-year-old fancies another crack at the Premier League and, apparently, Bournemouth, Huddersfield, Brighton and Fulham are all willing to give him that opportunity.

The Daily Mail suggests Wolves are leading the race for Abraham, but Villa boss Dean Smith reckons the forward is happy at Villa and he would be ‘amazed’ if the loanee is looking to make a quick getaway from Villa Park this month.

AND THE REST
Arsenal have not discussed signing Gary Cahill in January… But Fulham are keen on a loan deal for the Chelsea defender… Chelsea are on the verge of completing a £45m deal for Borussia Dortmund star Christian Pulisic… Monaco could sign Chelsea midfielder Cesc Fabregas by next week… West Ham are considering a loan move for Everton midfielder James McCarthy.