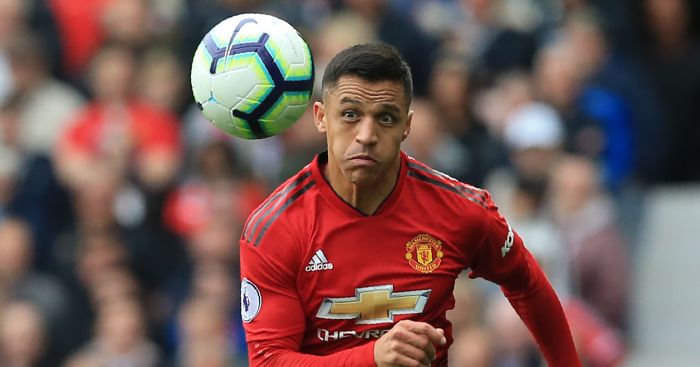 EVERYONE WANTS ALBERTO MORENO
Real Madrid, Barcelona and Arsenal all want Alberto Moreno. Which makes us question everything we ever knew…

The Liverpool left-back is out of contract in the summer and, according to The Mirror, his free-agent status will make him one of the most coveted defenders in Europe.

The logic? Basically, he’s free. Despite having looked genuinely lost at times in the Premier League, the fact he’ll cost no transfer fee still makes him good value.

Especially for Arsenal, who it is reported have only £40million to spend next summer. Moreno is seen as ideal back-up for 32-year-old Nacho Monreal, given Sead Kolasinac is seemingly not up to the job. The lesson here that the Gunners have apparently not learned: you buy cheap, you buy twice.

But Unai Emery still has fond memories of working with Moreno at Sevilla and presumably it is that form, rather than anything he’s shown at Liverpool since he moved to Anfield in 2014, that is piquing Real and Barca’s interest.

The Mirror’s report suggest Moreno is an attractive prospect because at 26, he’s already played in two European finals and he was a substitute for last season’s Champions League showpiece. Everyone still remembers the 2016 Europa League final, right?

SANCHEZ PUTTING FEELERS OUT
Alexis Sanchez is debating whether to chuck it in at Man Utd.

That’s the claim of the Daily Mail, which says ‘the Chilean’s representative has been sounding out potential suitors across Europe to gauge the level of interest in the 29-year-old.’ Presumably, on those wages in this form at that age, he’s not having much joy.

The story describes Sanchez’s season so far as ‘indifferent’. We’d suggest ‘f*cking awful’ as a more apt description, but the former Arsenal striker is perhaps hoping that his late winner against Newcastle, his first goal since April, may have shifted perceptions.

One reason for his wretched form: apparently, his recent break-up has has an impact on his performances. And, to be fair, maybe it is difficult to hear Romelu Lukaku screaming for the ball when Boyz II Men is playing on a loop in your head.

Another United forward whose future remains unclear is Anthony Martial. A report from RMC in France suggests the 22-year-old has rejected several contract offers from the Red Devils. Which tends to be how negotiations work…

AND THE REST
Real Madrid have contacted Antonio Conte about taking over from Julen Lopetegui, who has just three games to save his job… Daniel Sturridge is ready to sign a contract extension at Liverpool… Chelsea are hoping to open contract talks with Eden Hazard next month… The Blues have lost patience with Alvaro Morata and will try to sign a replacement in January…The Barca dressing room would welcome Neymar back from PSG… Liverpool will demand over £20m for Divock Origi in January… Rafael Benitez has been told he won’t be given much money in January.