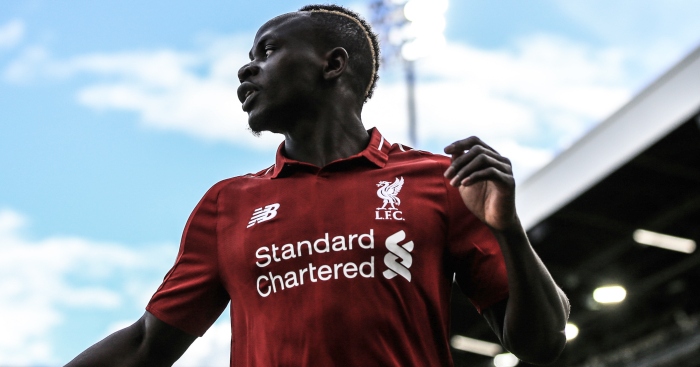 ZIZOU BACK FOR MANE
There isn’t a player in Europe Real Madrid haven’t been linked with since Zinedine Zidane returned to the club last week. But France Football reckons there is concrete interest from Real in Sadio Mane.

Their claim is that Zidane wanted the Liverpool attacker at the end of last season but his abrupt resignation ended Mane’s hopes of a move to the Bernabeu. But now Zidane is back, so is Real’s desire to land the Senegal star.

Apparently, Real’s pursuit of Mane was ‘very advanced’ last year and his recent form will do nothing to dampen their interest.

So that’s Liverpool, Chelsea, Manchester United, Manchester City and Tottenham all with reason to worry about Real’s impending splurge. Presumably they can’t sign them all…

HAZARD OFFER REJECTED
Real certainly can’t sign Eden Hazard for the figure with which they have opened the bidding with Chelsea.

Duncan Castles, writing in the Daily Record, reckons the Blues have rejected Real’s initial offer, which reports last week suggested could come in at around £70million. Chelsea, apparently, believe they can get closer to £100million for the Belgium star with only a yera remaining on his contract.

GUNNERS GO AGAIN FOR GELSON
Arsenal are hoping for a busy summer despite facing the prospect of having to make £40million stretch further than it ever has before should they not qualify for the Champions League.

Their January signing Denis Suarez will be returned to Barcelona, says The Sun, because Unai Emery has sussed that the attacking midfielder isn’t very good.

Arsenal also fancied Gelson Martins in January too but the Atletico Madrid forward chose to join Monaco on loan instead. A Bola says three goals and three assists in his first eight games in France have strengthened the Gunners’ interest further and they will go back for the 23-year-old in the summer.

Another forward Arsenal are chasing is Ituano striker Gabriel Martinelli – but so are 24 other clubs.  Globo Esporte, though, reckons the Gunners are at the front of the queue for the 17-year-old.

AND THE REST
Manchester United could sign Roma defender Kostas Manolas for £30.8m… Raphael Varane is considering his future at Real… Juventus could offer Alexis Sanchez a way out of Man Utd if the attacker is ready to accept a cut on his £500,000-a-week wages… Juve are also ready to rival Real Madrid for Christian Eriksen… Andreas Pereira could leave United on loan next season… Liverpool, Newcastle and Rennes are all keen on Middlesbrough winger Bilal Brahimi… Bournemouth are keen to sign Chelsea midfielder Mason Mount on loan for next season… Aston Villa want Brentford defender Yoann Barbet.