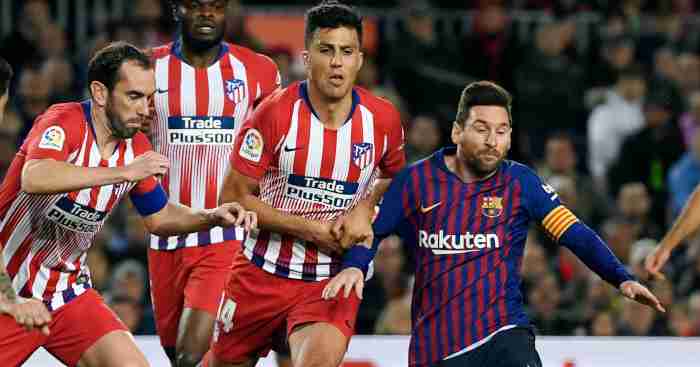 NO BALE OUT FOR REAL
Real Madrid have a problem with Gareth Bale. The Wales star has been told that he is not in Zinedine Zidane’s plans for next season but despite Real fans doing their best to make the forward feel uncomfortable, Bale appears not to care. His stance remains that he wants to stay in Madrid.

With three years remaining on a contract which will pay him close to £300,000 a week after tax, you can understand his willingness to stick it out at the Bernabeu. Plus, apparently, Real haven’t received any offers for the star who will turn 30 before the start of next season.

So, as a solution, Marca reckons Real are willing to loan Bale out to shift his salary off the books. Manchester United are mentioned because they are the only Premier League club with the means and the recklessness to engage with Real, but with Ed Woodward still dealing with the fall-out from offering Alexis Sanchez similar money, it seems unlikely even he would go near that deal.

CITY TO BREAK TRANSFER RECORD FOR ATLETICO STAR
One player more likely to be making the journey from Madrid to Manchester this summer is Rodri. City see the Atletico star as the ideal candidate to act as Fernandinho’s long-term replacement and, according to The Telegraph they are prepared to break their transfer record to land the 22-year-old.

Not by much, mind. Rodri’s buy-out clause is €70million (around £60.6million) which would narrowly eclipse the £60million they paid for Riyad Mahrez last year. Still, Atletico are determined that the midfielder will not leave for a penny less.

But City reckon Rodri is worth it. Having considered Lyon midfielder Tanguy Ndombele, the City hierarchy have decided the Atletico star is a better bet and they are prepared to move early in the window.

AND THE REST
David de Gea, Paul Pogba and Romelu Lukaku will all consider their Man Utd futures if they don’t qualify for the Champions League… United and Napoli are interested in Tottenham full-back Kieran Trippier… Juventus will challenge Spurs for Fulham teenager Ryan Sessegnon… Unai Emery will sanction an Arsenal clear-out with Shkodran Mustafi among the players up for grabs…
Crystal Palace are considering Jack Grealish as a possible replacement for Wilfried Zaha… Wolves and Sporting Lisbon want Liverpool youngster Rafael Camacho… Yaya Toure fancies moving to Asia or MLS.