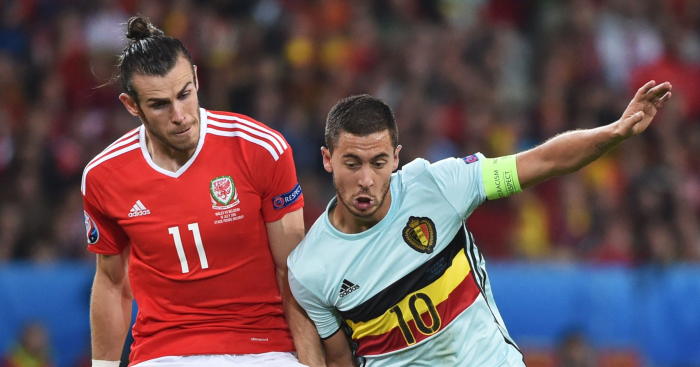 BALE OUT
While many felt the departure of Cristiano Ronaldo would have allowed his formerly forgotten Real Madrid teammates to step out from his shadow, that has hardly been the case. They are slipping in and out of the title race in La Liga, and Karim Benzema is the only player to have scored more than 12 goals after 41 games. Sergio Ramos is their third top scorer.

To that end, Gareth Bale appears to have ‘exhausted his final life’, if Marca are to be believed. They say the Welshman ‘has been unable to make the step up’, and has even lost his place to 18-year-old Vinicius Junior.

People at Real believed Bale ‘would take his game to another level’ after his Champions League final-winning double in May of last year, but perhaps the problem was that he ‘had actually considered leaving’ after that game.

But he stayed and his future is now ‘being considered’ again, this time by the club. And ‘it feels like it could be definitive,’ as he is ‘expendable’ and could be sold so that Real can ‘strengthen the squad’.

Chelsea and Manchester United are linked as they always are, while Tottenham ‘should not be ruled out either’. Marca suggest Bale ‘could be used as a bargaining chip’ in deals for either Eden Hazard or Christian Eriksen. And that has to be tempting for either club.

HUDSON GIVER
Chelsea are still staring down the barrel of losing two expensive wingers but still being left with Pedro and Willian. Silly sods.

Callum Hudson-Odoi is apparently – and understandably – ‘FUMING’ with how the club have treated him ‘since handing in a transfer request‘. The 18-year-old has played 109 minutes since, 90 of which came in a goalscoring appearance against Sheffield Wednesday.

Yet Chelsea continue to overlook him, which has only ‘strengthened’ his resolve to leave. And while Bayern Munich lead the race to sign him, Paris Saint-Germain are also interested.

So Chelsea have a decision: either rotate and use him, or let him go elsewhere.

AND THE REST
Former France and Paris St-Germain coach Laurent Blanc will be among the contenders to replace Maurizio Sarri if Chelsea decide to sack the Italian next week… Barcelona are in talks over selling Croatia midfielder Ivan Rakitic to Italian club Inter Milan, with the Spanish club wanting about £39m for the 30-year-old… Arsenal’s hopes of signing Colombia forward James Rodriguez have been dealt a blow with the 27-year-old, who is on loan at Bayern Munich, suggesting he will return to parent club Real Madrid at the end of the season… Barcelona have joined Arsenal in the race to sign Lyon midfielder Houssem Aouar, 20… Former Arsenal midfielder Patrick Vieira, 42, is being monitored by Lyon after impressing as Nice manager.