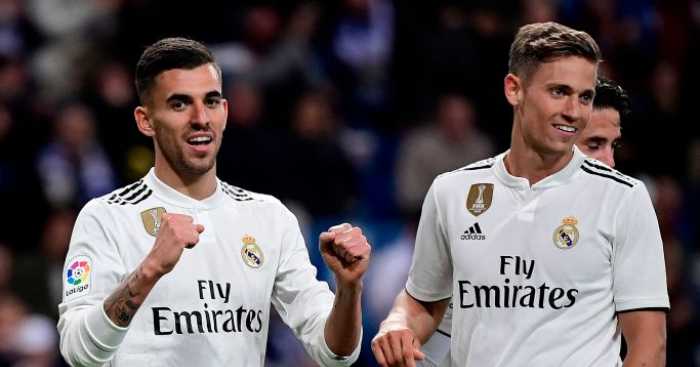 GRANT MY LAST REQUEST AND JUST LET ME LEAVE YOU
Aside from exploiting migrant children, Paul Pogba must have had an awful lot on his mind of late. His future at Manchester United remains uncertain, with the player reportedly wanting to leave for Real Madrid.

The Sun claim that his hopes could be realised, but he ‘must demand a transfer’ for it to happen. Ole Gunnar Solskjaer has conceded that the midfielder ‘wants out’, but Ed Woodward needs to be convinced too.

The executive vice-chairman ‘believes his sale would further damage the club’s image,’ and that ‘United’s standing as the biggest club in the world would…be affected if they let go of one of the globe’s biggest stars.’

The story says Pogba ‘has made it clear’ to United that he wants to leave, so quite what a transfer request would entail is unknown. But he can only go for £120m when it is lodged.

We did say they should ditch him, to be fair.

SOMETHING ABOUT A FIRE SALE
The signing of Pogba would be just one of the many pieces of Zinedine Zidane’s Real Madrid squad overhaul this summer. With two transfers already sorted, the club want to ‘avoid bringing themselves into the situation of’ Manchester City or PSG, so will fall in line with FFP rules.

To that end, Marca say they ‘will seek to gain 200 million euros from player sales’. So Gareth Bale, Dani Ceballos, Keylor Navas and Marcos Llorente are free to leave.

Bale will be linked with Manchester United until man is extinct. Ceballos was wanted by Liverpool last summer. Navas has piqued the interest of, among many Premier League clubs, Arsenal. And they have been after Llorente, too.

Real will use the money from any sales to help fund moves for Luka Jovic and Ferland Mendy. They have big plans; now is the time for English clubs to take advantage – if they so wish.

AND THE REST
Manchester City are favourites to bring Atletico Madrid holding midfielder Rodrigo, 22, to the Premier League – but manager Pep Guardiola may have to sell Brazilian forward Gabriel Jesus, 22, first…Paris St-Germain are ready to encourage Manchester United goalkeeper David de Gea, 28, to see out the remaining season of his contract and then join them on a free transfer… Arsenal want Crystal Palace forward Wilfried Zaha, but only want to pay £40m for the 26-year-old Ivory Coast international – half the value Palace have placed on him… Paris St-Germain are determined to sign Chelsea’s France international midfielder N’Golo Kante, 28, this summer… Chelsea will offer England international winger Callum Hudson-Odoi, 18, the number 10 shirt vacated by Eden Hazard this summer in a bid to persuade him to sign a contract, with fresh talks scheduled for this month.