Home All The News Gossip: ‘Reasonable’ Ronaldo fee; Zaha in, sulky Sanchez out 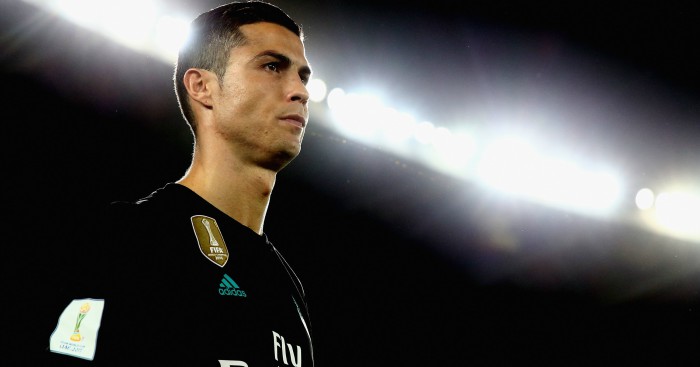 RONALDO WANTS OUT FOR A ‘REASONABLE FEE’
Cristiano Ronaldo has asked Real Madrid to allow him to leave the Bernabeu for the princely sum of 100million euros.

Writing in the Daily Record, Duncan Castles claims relations between Ronaldo and Real chief Florentino Perez have become so strained that the star “doesn’t even want to talk to the president”.

So his camp are said to have asked that he be allowed to leave for no more than £89million – a figure that would bring PSG and Man Utd to the table.

Ronaldo’s discontent was supposedly sparked by Perez failing to fulfil a promise to improve his salary, with Lionel Messi and Neymar both taking home fatter wage packets at present.

ZAHA TO REPLACE SANCHEZ AT ARSENAL?
Speaking of sulky stars, it seems Alexis Sanchez’s behaviour has royally p*ssed off the other players and staff at Arsenal.

The Guardian suggests he was confronted over his attitude after the win at Burnley, while the Daily Mail say St Mary’s was the scene of another row, with Jack Wilshere supposedly leading the protests from Sanchez’s team-mates.

Many supposedly want shot of Sanchez in January, which brings us to the issue to of a replacement.

The Daily Star claims Arsene Wenger has identified Wilfried Zaha as the man to fill Sanchez’s boots, with Roy Hodgson admitting Crystal Palace are braced for bids for their in-form attacker.

The story also claims Wenger wants a centre-half in Januarym with Chelsea’s David Luiz his preferred option, but he would also settle for Jonny Evans or James Tarkowski.

IRONS EYE TOON MIDFIELDER
Jonjo Shelvey is wanted to beef up West Ham’s midfield, according to the Mirror.

That is the Jonjo Shelvey who has been sent off twice this season and dropped by Newcastle because he plainly can’t be trusted. But the West Ham link just seems to make sense.

For the £12million Newcastle supposedly want, David Moyes would probably see Shelvey as worth the risk. The Hammers believe there remains untapped potential in the former England midfielder, whose technique is too often overshadowed by his regular brain farts.

The same story also reports that West Ham want Joe Allen to replace Mark Noble long-term. Mark Hughes had his say on that on Friday.

AND THE REST
Bordeaux have rejected a £31m bid from Tottenham for Brazilian forward Malcom… Manchester United are monitoring Napoli and Italy midfielder Jorginho as a replacement for Michael Carrick… Southampton are facing competition from Stoke in their pursuit of Liverpool striker Daniel Sturridge… The Reds striker, though, fears Liverpool will price him out of a January exit… Stoke boss Mark Hughes wants to land either Sturridge or Danny Ings on loan from Liverpool… Pep Guardiola plans to remain as Manchester City boss beyond the third year of his contract.

Liverpool could have signed Virgil van Dijk for as little as £3m in 2013… Amanda Staveley’s takeover of Newcastle is in jeopardy after talks with Mike Ashley hit a £50m wall… Chelsea plan to resume talks with Eden Hazard over a new contract in January and are confident of tying him down amid interest from Real Madrid… Chelsea will make a second attempt to sign Ross Barkley in January and are also interested in Thomas Lemar… Alan Pardew has admitted defeat in trying to keep Arsenal and Manchester City target Jonny Evans at the club.