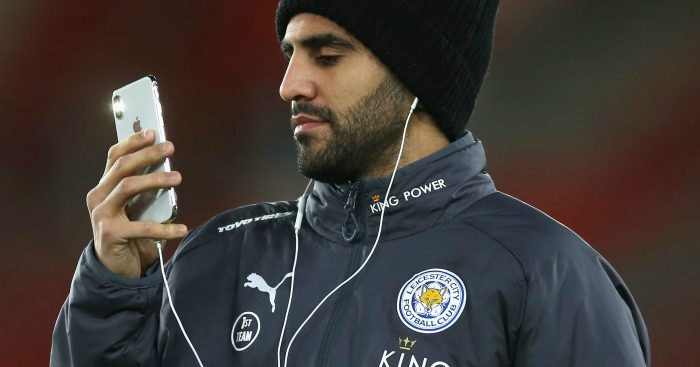 ANOTHER COUNTINHO REPLACEMENT LINED UP
Liverpool are reported to have identified who they want to replace Barcelona-bound Philippe Coutinho. On Thursday, it was Monaco’s Thomas Lemar. Today, it’s a different name in the frame…

According to L’Equipe, the Reds have made contact with Leicester to arrange a deal for Riyad Mahrez.

The playmaker has wanted a move ever since winning the Premier League title with the Foxes. Arsenal were supposedly interested but he signed a new contract on the basis that he’d stay for another year before being granted his wish.

There was little interest in the summer after a disappointing campaign last year, but Mahrez has rediscovered some form just in time for the January transfer window. Funny that…

Chelsea were linked with Mahrez yesterday while they were wrapping up a deal for Ross Barkley, but it seems Liverpool are keen to land the Algerian this month, with Monaco making Lemar unavailable until the summer.

Rafa Benitez wanted the England keeper last summer but West Ham won the race. Little good that it has done them…

Hart has lost his place in the Hammers side since David Moyes was appointed and, according to The Mirror, Newcastle reportedly hope a deal can finally be arranged.

Benitez has chopped and changed his keepers, with neither Rob Elliot and Karl Darlow retaining the full trust of their manager.

If a deal is to be done, it would need Man City’s approval, though whether Hart plays at West Ham or Newcastle is unlikely to make a difference to the Premier League leaders. As long as Pep doesn’t have to deal with Hart Dog, he’s happy.  The Hammers paid a hefty loan fee but they might welcome the chance to get Hart’s £120,000-a-week wages off their books, since he isn’t considered first choice.

You would expect Hart to welcome the opportunity to go and play again. Imagine all the lovely ‘fronting up’ he could do in the Newcastle goldfish bowl…

The Telegraph also credits Newcastle with a firm interest in loan moves for Danny Ings, with Chelsea winger Kenedy also a target. Ings, though, is reported to be keen to fight for his place at Anfield and Liverpool aren’t exactly pushing him out of the door yet so a deal for the striker appears unlikely, unless at least one of the parties changes their tune.

AND THE REST
Philippe Coutinho is set for Barcelona switch as Liverpool demand £145m to allow their superstar to leave Anfield…Manchester City are lining up a £35m swoop for Alexis Sanchez after losing Gabriel Jesus for two months…Inter Milan and AC Milan are both keen on Tottenham midfielder Mousa Dembele…Everton have pulled out of a deal to sign Nice midfielder Jean-Michael Seri…Southampton have made a £17.5m bid for Monaco striker Guido Carrillo to boost their attack…Stoke have warned West Ham that Joe Allen is not for sale with the Potters desperate to avoid a repeat of Marko Arnautovic’s exit from the club…Chelsea star Eden Hazard has rejected a second contract offer amid Real Madrid interest.