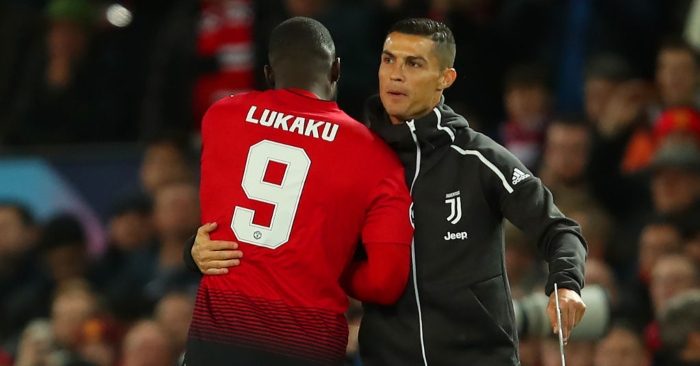 RONALDO BACKS £75M MOVE FROM MAN UTD
It looks increasingly unlikely that Romelu Lukaku will get his dream move to Inter Milan as they keep stalling on matching his £75m price tag, but The Sun claim that he has been ‘offered to Juventus and Napoli’, with Maurizio Sarri and Carlo Ancelotti both keen. And it is at this point that we realise that Serie A is dominated by ex-Chelsea managers.

Any Juventus move also comes with the ‘backing’ of Ronaldo, who obviously quite fancies working with Lukaku next season. The Belgium striker desperately needs a move because Ole Gunnar Solskjaer has made it painfully clear that he prefers Marcus Rashford up front.

NEWCASTLE WANT RECORD MONEY FOR LONGSTAFF
The actual price is unknown, but the Newcastle Evening Chronicle are certain that Newcastle United will not sell Sean Longstaff for less than they sold Andy Carroll to Liverpool, which means that Manchester United will have to pay more than £35m for a footballer with nine Premier League appearances. This is blowing our minds.

The Times have claimed that Manchester United will offer £30m for Longstaff this week – buoyed by Ayoze Perez’s move to Leicester City for the same fee – but Newcastle will turn that down.

HARVEY FOR LIVERPOOL
That would be England Under-17 midfielder Harvey Elliott – the youngest player to ever appear in the Premier League – who has rejected scholarship terms at Fulham and wants to join Liverpool. It obviously worked out pretty well for Raheem Sterling and he fancies a piece of that particular action.

Real Madrid, PSG and RB Leipzig are among those said to be interested in Elliott – according to the Daily Telegraph – who cannot turn professional until next April. Liverpool will pay significant compensation to Fulham for the very, very highly rated youngster.

AND THE REST
In the most Burnley of transfers, they will sign Stoke full-back Eric Pieters…Nottingham Forest will sign Manchester City goalkeeper Arijanet Muric on loan…Midfielder Mario Lemina wants to leave Southampton…Tottenham are at the front of the queue to sign Real Madrid man Dani Ceballos…Spurs are in advanced talks with Ben Davies about a new deal…Brentford’s Neal Maupay could become Sheffield United’s record signing…Crystal Palace want Chelsea defender Reece James to replace Aaron Wan-Bissaka…Arsenal could miss out on Kieran Tierney as Napoli are interested…Dean Henderson is expected to join Sheffield United on loan…West Ham have a list of strikers they could target if they miss out on Maxi Gomez – Sevilla’s Andre Silva, Eintracht Frankfurt’s Sebastien Haller and Mainz man Jean Philippe-Mateta.