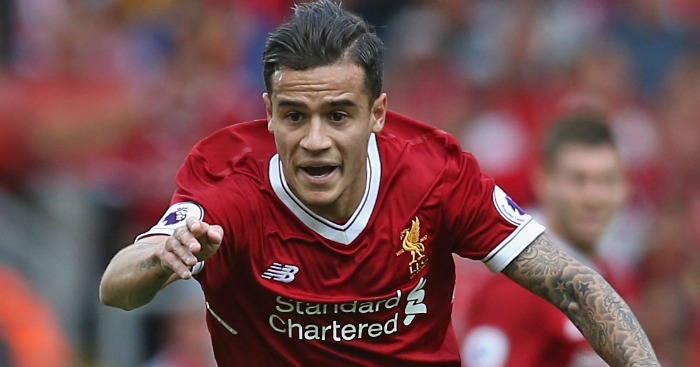 MAN UNITED GIVE UP ON ROSE
Well that ended quickly. No sooner had Danny Rose subtly mentioned that he wanted to play for a club oop nahth then Manchester United were listed as an admirer. Most newspapers last week claimed that Jose Mourinho would be pursuing a move for the left-back.

Now, nothing of the sort. We are told that United have ditched their plans to sign Rose, presumably because they realised that Tottenham had no intention of selling for a realistic fee.

The Daily Star then adds that Rose is ‘desperate’ to join United and will not countenance a move to Chelsea, thus meaning he will stay at Tottenham for at least one more season. Good oh.

BARCELONA HAVE BID £118M FOR COUTINHO
Barcelona are confident that they will sign Philippe Coutinho, that much we know is true. Their general manager Pep Segura said as much after they were beaten by Real Madrid in the Supercopa.

“We are close to Coutinho and Dembele,” Segura told TV3. “We are discussing their deals but do not know when it will be done. We expect it.”

Now the Spanish version of Goal.com say that Barcelona have upped their offer to £118m, and are waiting for Liverpool’s response. It’s nice to have it confirmed pre-8am that there will be another Coutinho update today.

GABRIEL OFF TO VALENCIA
It hasn’t really worked out well for Gabriel Paulista at Arsenal. He was signed from Villarreal in January 2015 and began his time in England with a majestic use of the third person: “I am arriving at a big club and the fans can expect to find a Gabriel with a great will to help everyone.”

The will might still be there, but the “helping everyone” bit has been best achieved by staying as far away from the pitch as possible. Rash challenges, poor decision-making and a general air of incompetence mean that Gabriel might be as low as fifth-choice central defender.

Just about every newspaper has the news that Gabriel is set to sign for Valencia on a permanent deal worth £10m. It’s a move that has come out of nowhere, but is hardly a surprise given his slim chance of breaking into the Arsenal team.

IBRAHIMOVIC TO GET COACHING ROLE AT MANCHESTER UNITED
That’s according to the Independent, who says that Ibrahimovic will sign a playing contract at Old Trafford but that the club’s hierarchy want him to stay on as a coach and that it has been discussed during his contract talks.

It’s not the first time we have heard this rumour, either. The Independent said the same thing in April, when they reported that United had held ‘tentative’ talks with Ibrahimovic about a coaching role.

You can see how inspirational Ibrahimovic would be as a coach, just so long as he was persuaded to cut down on the ‘I am Zlatan, only I can be Zlatan’ b*llocks.

AND THE REST
Leicester have warned Chelsea that any bid less than £40m for Danny Drinkwater…Diego Costa could face the threat of being sued by Chelsea if he ignores the club’s requests to return to training…Southampton chairman Ralph Krueger insists the club’s new Chinese owners are fully behind their refusal to sell star centre-back Virgil Van Dijk…Manchester City forward Wilfried Bony is set to return to Swansea in a cut-price £13m move…Watford are close to agreeing a season-long loan deal for Benfica’s Andre Carrillo…Burnley have been quoted £20m by Hull for midfielder Sam Clucas.