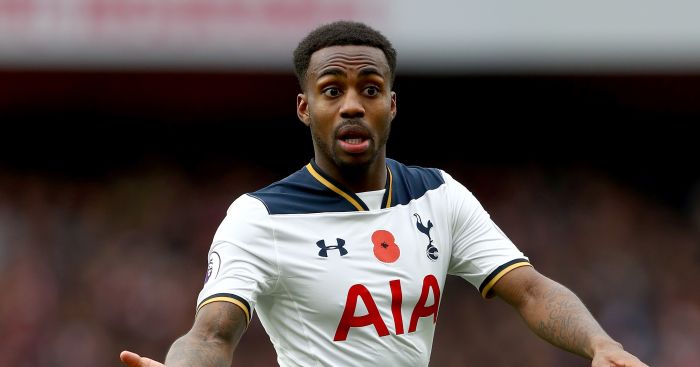 ROSE AND SIDIBE TO CHELSEA?
Antonio Conte is a man desperate for full-backs, that much is clear. He missed out on Kyle Walker, is struggling to get Alex Sandro over the line and is reportedly moving on to other options.

However, those options are hardly going to be easy to sign. According to an exclusive by Dave Kidd in The Sun, Conte wants Chelsea to make a £40m move for Danny Rose from Tottenham. We can tell Chelsea very quickly how that one will go: Spurs will politely tell them to eff off. Having lost Walker, Mauricio Pochettino is not about to let his other full-back leave.

Even if Pochettino was going to entertain Rose leaving, it would surely be for a great deal more than £40m. He’d want at least £60m, surely?

Elsewhere, the ever reliable Transfermarketweb – the more pleasant cousin of the dark web – say that Conte are trying to sign Monaco star Djibril Sidibe as an alternative to Alex Sandro. That would surely be an easier deal to complete.

OR IS IT ROSE TO MANCHESTER UNITED?
Interesting one this, in the Independent. They claim that Manchester United see Danny Rose as a solution to their issues with signing a wide player during this summer window, after missing out on Gareth Bale and Ivan Perisic.

We are told that ‘sources close to the situation’ say that United are looking closely at Rose as an alternative, with Mourinho planning to play a three-man defence this season. That’s an interesting line in itself.

Given that Manchester United didn’t manage to persuade Spurs to sell Eric Dier for £50m, we’re not particularly confident that they can persuade them to sell Danny Rose for a similar figure.

CONFLICTING REPORTS ON PSG AND SANCHEZ
If there is one thing you can rely on with this summer’s Alexis Sanchez saga, it is that you can find completely conflicting reports on just about a weekly basis:

– ‘PSG ready to offer over £80m for Alexis Sanchez as they try to beat Manchester City to wantaway Arsenal star,’ reads the headline in the Independent. We are told that PSG are still very interested in Sanchez and will try and sign him this summer.

‘Arsenal have received a significant boost on the eve of the season with Paris Saint-Germain dropping their interest in Alexis Sanchez following the world record signing of Neymar,’ chief football correspondent Jason Burt writes.

Glad that’s all cleared up, then.

SOUTHAMPTON TO LET VAN DIJK ‘ROT’
And that’s something you can read about right here.

AND THE REST
Inter have joined the race for Riyad Mahrez… Promoted Brighton are hopeful of tying up a deal for Everton misfit Oumar Niasse… Arsenal are in serious danger of losing out on Thomas Lemar… Sunderland want to re-sign local lad Grant Leadbitter from Middlesbrough… Liverpool are likely to turn down a request from Hannover 96 to take Ben Woodburn on loan… Newcastle manager Rafael Benitez has been told to offload players before he considers adding to his squad.