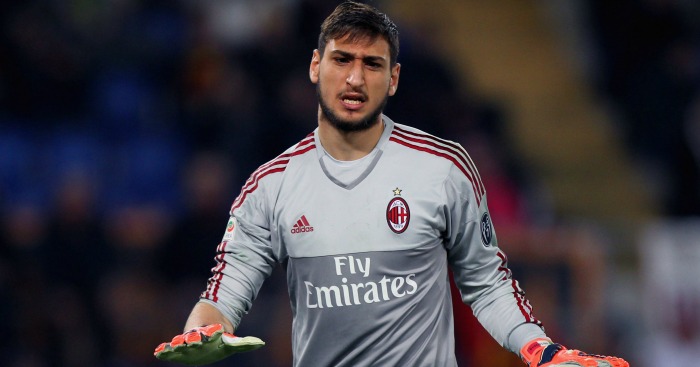 SAKHO WILL COST PALACE £30M
It’s a story and a figure that we have heard before, but the Guardian report that, while Liverpool are perfectly prepared to sell Mamadou Sakho, they do expect to receive a transfer fee of £30m for the privilege.

Dominic Fifield, very much the Guardian’s man when it comes to matters Crystal Palace, explains that the club will try and make Sakho’s move permanent, but will have to weigh up whether they can justify or afford a fee of that magnitude.

“We won some massive games with him,” said chairman Steve Parish on Sunday. “He’s a really nice person, a big character, he’s got the respect of all the players, and it’s one we’d like to do. But, of course, we have a lot of things we need to do in the summer, and the money needs to work for us and for Liverpool.

“I’m sure there’ll be a negotiation on that. If we can make it work, of course we’d like to, I’m not going to try and be coy or clever on that. He’s a very good player and I think he likes being with us. We like him. Let’s hope we can do it.”

MANCHESTER CITY IN DRIVING SEAT FOR DONNARUMMA
To the Daily Mail now, and the claim that Manchester City are stepping up their interest in Milan goalkeeper Gianluigi Donnarumma.

In truth, they would be stupid not to. Donnarumma has been exceptional this season, is still only 18 and has so far failed to agree a new deal to stay at Milan. Agent Mino Raiola is going to be a busy boy again this summer.

The Mail say that City are likely to bid £30m for Donnarumma, but also mention that Manchester United are not likely to target the Italian should David de Gea leave for Real Madrid. Jose Mourinho prefers Jan Oblak, apparently.

SOME MEGA GUFF ABOUT GRIEZMANN AND BALE
And it’s likely to be mega guff because it is in the Daily Star.

Firstly, the Star say that Manchester United are ready to spend £127.6m (or €150m) on Gareth Bale and James Rodriguez in a double deal. They use a report on Madrid-Barcelona.com, which might just be the most spurious website we’ve seen.

Next, the Star also say that Bale has told Real Madrid president Florentino Perez that he will join Manchester United if he leaves Madrid. This one is according to Diario Gol. Done deal, then.

Finally, in a separate story they say that Real Madrid will replace Bale with Antoine Griezmann should the Welshman leave. That’s according to Don Balon.

MOYES WILL ONLY STAY IF HE HAS MONEY
You do have to admire the brass balls of David Moyes. Having taken over at Sunderland (admittedly in a difficult situation), spent money on the playing staff, taken them down after a dismal season and then laid all the blame at the feet of the players, Moyes is now reportedly making demands to stay on. What a man.

According to the Guardian’s Louise Taylor, Moyes is only prepared to stay on for the Championship season if owner Ellis Short backs him in the transfer market to overhaul the club’s squad.

Incredible. On Saturday the Sunderland supporters were chanting that they wanted Moyes out of the club, while Short watched on. Quite why Moyes thinks he is doing Sunderland some sort of favour by staying on is unclear, but he should count himself incredibly fortunate to still be in a job, let alone be calling the shots.

AND THE REST
Newcastle are considering a move for Jay Rodriguez… United midfielder Marouane Fellaini has reportedly held talks over a move to Trabzonspor… Alan Pardew could be set for a shock return as manager of Sheffield Wednesday… Everton are interested in signing West Ham’s Manuel Lanzini… Everton are exploring whether or not to sign Las Palmas defender Mauricio Lemos.