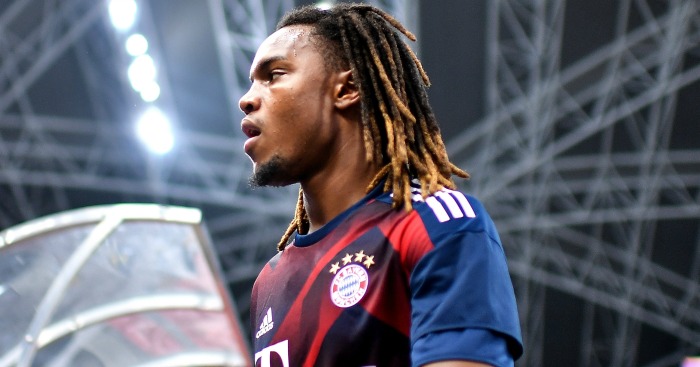 IT’S ANOTHER CHELSEA SPLURGE
Remember a few days ago? It as Tuesday, actually, and we were told that Antonio Conte wanted five new players. Those five players were even revealed to us by The Sun: Alex Sandro, Tom Davies, Virgil van Dijk, Antonio Candreva and Fernando Llorente. It was a Mike McGrath exclusive.

Fast forward three days, and The Sun have a Mike McGrath exclusive. Antonio Conte apparently wants to ‘beef up’ Chelsea’s homegrown contingent by signing Alex Oxlade-Chamberlain and Ross Barkley rather than signing foreigners. So what on earth happened to the five players you mentioned literally 72 hours ago, Mike?

Elsewhere, the Daily Telegraph report that Chelsea have made a bid to take Renato Sanchez on loan from Bayern Munich, after Milan said they were priced out of a deal. Speaking of Milan, Sky Sports report that the Serie A side have been speaking to representatives of Diego Costa about a summer move. Busy.

BALE TO MANCHESTER UNITED STUFF IS BACK
Did it ever really go away, a philosopher asks. Still, you can read about the latest murmurings here if it takes your fancy.

UNITED ALSO SCOUTING DENDONCKER
Can we get this straight now? Scouting a player is not news. The Daily Mirror have a story that Manchester United are scouting Anderlecht’s Leander Dendoncker in their first league fixture of the season on Friday evening, but so what?

Manchester United have a massive worldwide scouting network. They are scouting players across the world every single day, either through video footage or in person. Dendoncker is a 22-year-old midfielder with a great deal of potential – OF COURSE they are scouting him.

Now this scouting mission might well lead to a permanent signing, but a new story that a player is being scouted hardly constitutes hard evidence.

ALAN HUTTON TO SUNDERLAND WOULD BE A GLORIOUS THING
Look, we’ve been really good all summer. All we want is a transfer that makes us giggle for between five and ten minutes. And now we might have one.

According to the Mirror, and we’re assuming they haven’t been caught in a weird 2011 timewarp, Sunderland are interested in signing Alan Hutton from Aston Villa, and would be prepared to pay a fee for him.

Hutton has only 12 months left on his Villa contract and is now 32. Steve Bruce is presumably trying to keep a straight face when saying that the club would consider a deal should a decent offer come in.

Still, Hutton should be fresh despite his age. Between May 2008 and August 2014 he only started 99 league games.

AND THE REST
Roma are set to return with a new £32m bid for Leicester’s wantaway winger Riyad Mahrez, after having an initial offer of £20m rejected… Brighton are lining up a move for £8m-rated Leicester forward Tom Lawrence… Striker Nahki Wells has been told by Huddersfield boss David Wagner that he can leave… Tottenham will become the first Premier League club to trial safe standing… Real Betis are hopeful of signing Middlesbrough’s Gaston Ramirez… Sunderland are leading the race for Aston Villa ace Tommy Elphick.