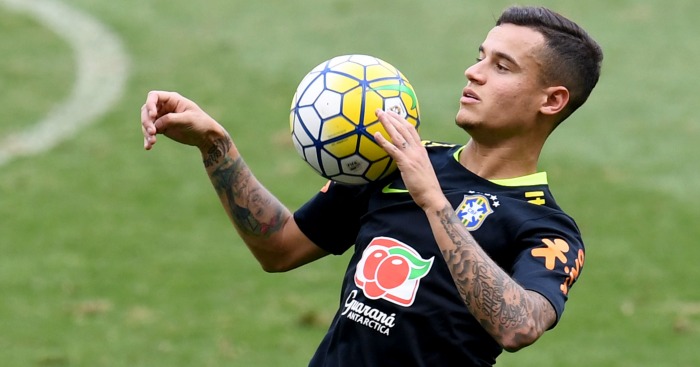 BAYERN WANT SANCHEZ
As the Arsenal PR machine continues to cover the club’s potential incoming transfer activity, no supporter has forgotten that this is all a distraction technique to disguise the fact that Arsene Wenger is staying and Alexis Sanchez and Mesut Ozil will probably leave.

On Wednesday, Spanish newspaper Sport (because I always go to Spanish newspapers for my news on Chilean players moving from English clubs to the Bundesliga), say that Carlo Ancelotti wants Sanchez at Bayern Munich. In fairness, the story does have a Spanish link, because Sport also say that Bayern want to sign James Rodriguez from Real Madrid.

Given that yesterday Sport were focusing on Neymar to Manchester United, and have already moved on from that, let’s just wait and see, eh.

COUTINHO SWAP WITH RAKITIC?
We’re sticking with Spanish newspapers, because they really do love a ballsy transfer rumour.

Don Balon reckon that Barcelona are keen to sign Liverpool’s Philippe Coutinho, something we can all believe. They also believe that Barcelona will use Ivan Rakitic as a makeweight in the deal, a rumour passed on by The Sun.

Now I’m happy to believe that, but it should  be pointed out that Barcelona are still looking for a new manager to replace Luis Enrique this summer. Is it not more likely that the identity of the new manager is confirmed before Barca’s transfer targets, particularly if one of them involves a key player leaving the club?

ARSENAL WANT PATRICIO TO REPLACE CECH
We’re off to France now. Is it European transfer bullsh*t day or something?

Arsenal may well sign Patricio this summer, but I’m happy to wait for a little more evidence than RMC saying so, then relayed by The Sun. They’ll probably sort out the manager’s position first.

Now we have another name, and it looks like this one might be a goer. Most of Tuesday’s papers report that Chelsea will sign Virgil van Dijk from Southampton this summer, with the Dutchman described as ‘Chelsea-bound’.

In fact, it isn’t quite that cut and dred. Other stories do list Manchester City as an interested party in a defender who is likely to cost more than £40m. Well, if Mustafi goes for £35m…