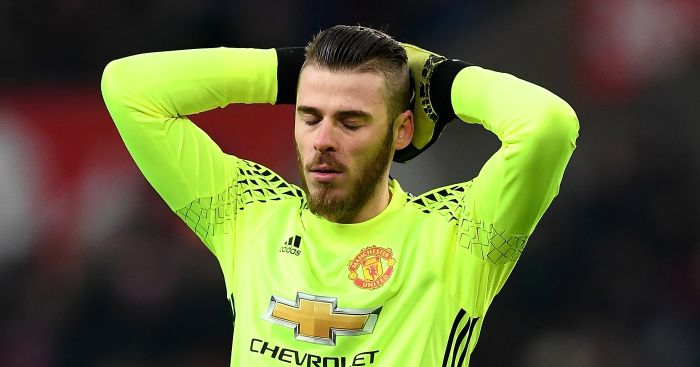 SANCHEZ TO CITY FOR £20M IN JANUARY
Well of course they are. Manchester City know that Alexis Sanchez doesn’t want to be at Arsenal, and they know that Arsenal were prepared to let him leave. Arsene Wenger and Ivan Gazidis may reckon that that can be sold as a club making a statement of intent, but the rest of us aren’t that stupid.

Sanchez is able to negotiate his exit away from Arsenal in January, but only with a move to a foreign club. An alternative is that City make a cut-price bid in January, which might make sense if the Chilean makes it clear that he doesn’t want to be there.

Even if that doesn’t work out, The Sun say City are confident that they will not miss out on Sanchez, and that Guardiola is sure that Sanchez wants to play under him.

DE GEA ASKS RAMOS TO SORT OUT REAL MADRID MOVE
Oh Diario Gol, you mad bastards. You are not bothered if people read your transfer claims, laugh to themselves and remark that you seem to have plucked things out of thin air like a Spanish Daily Star. Good for you.

Diario’s latest claim is that David de Gea will use Sergio Ramos to persuade Real Madrid to try and buy him. Surely Real Madrid not wanting De Gea is not the issue here, of course they would take him? The issue is that Manchester United don’t want to sell and therefore Real were put off from making a bid?

CAN’S CONTRACT TALKS GOING NOWHERE
Hey, it’s not just Arsenal where key players’ contracts run down, much to the chagrin of supporters. At Liverpool, Emre Can now has less than nine months remaining on his deal, and a new contract is not forthcoming. Meanwhile, those links to Juventus just will not go away.

The Daily Mail report that talks between club and player remain at an impasse because Can wants a release clause in the new deal, something Liverpool are refusing to countenance. The German has repeatedly insisted that the delay is not to do with the amount of money he will earn.

In fairness, you can see Liverpool’s point. Who knows what the transfer market norm will be in two years’ time. You might give Can an exit clause of £50m, only for that to look extremely cheap by summer 2019. He is still only 23.

That said, it’s surely better than losing him for nothing? Liverpool need to get this sorted.

AND THE REST
Huddersfield Town are contemplating shutting their academy… Aston Villa have revealed plans to increase Villa Park’s capacity to 60,000 if they return to the Premier League… Former Arsenal and Brazil forward Julio Baptista Bolton on a free transfer… Diego Costa has arrived back in London as he bids to end his Chelsea stay… Or, Costa has not arrived back in London.