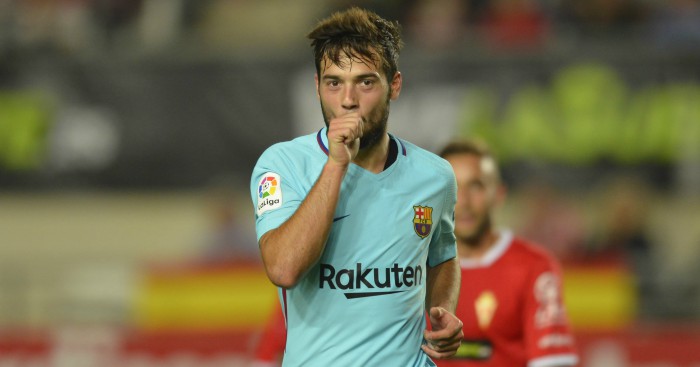 ARSENAL WANT £30M FOR SANCHEZ IN JANUARY
You have to admire Arsenal’s chutzpah. Having spoken about ‘making a statement’ in keeping Alexis Sanchez and Mesut Ozil in the summer and for the last year of their contracts, despite agreeing to sell Sanchez late in the window, they seem perfectly prepared to sell them in January. So half a statement, then?

On Friday, The Sun (unfortunately this is another Daniel Cutts exclusive) claim that Arsenal will demand £30m from Manchester City for Sanchez. They seem to be doing perfectly well without him, to be fair.

As ever, Cutts uses a source deep within one of the clubs to get the information. For a man with seemingly chatty contacts in every major club in the land, he sure gets an awful lot of things wrong.

MANCHESTER CLUBS WANT £60M MILINKOVIC-SAVIC
It turns out that Lazio’s Sergej Milinkovic-Savic is the absolute business, even though we only heard of him about three weeks ago.

And now his agent has cashed in on the 22-year-old’s good form by claiming that Manchester United and Manchester City want him. That agent is former Chelsea striker Mateja Kezman.

“There’s been a lot of interest from several clubs, such as those in Madrid, Manchester and Milan,” Kezman told Radio CRC .

“But he wants to be happy, to play to keep growing and become one of the best in his role. It’s difficult to see him away from Lazio, where he has started the season very well, but I can’t rule out him leaving.”

It sounds awfully like you’re trying to play it coy but talk up interest, Mateja.

MAN UNITED AND ARSENAL AFTER BARCA’S ARNAIZ
Off to Spain now, and Mundo Deportivo have taken a break from claiming that a major Premier League player will join Barcelona or Real Madrid. Instead, they say that Barcelona’s Jose Arnaiz is interesting Manchester United, Arsenal and Bayern Munich.

The story comes at an opportune time, three days after Arnaiz made his first-team debut for Barcelona away at Murcia in the Copa del Rey. He scored in their 3-0 win.

Arnaiz was only signed from Valladolid in August and was sent to the B team to get experience. Are they really going to sell him straightaway to a fellow Champions League rival (except in Arsenal’s case)

AND THE REST
Shay Given has warned Newcastle United will soon be as big as Manchester City… Tottenham boss Mauricio Pochettino will make a late call on Harry Kane’s fitness… Liverpool will offer England Under-17 international Rhian Brewster a lucrative contract… Rangers might employ Billy Davies!