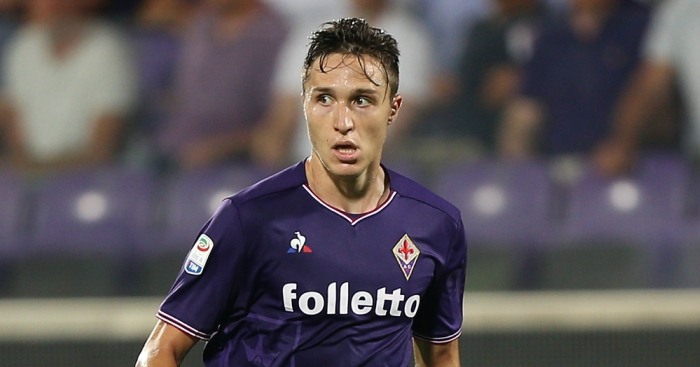 SANCHEZ WILL REJECT REAL MADRID…
…just so that he can join Manchester City. The claim on Thursday was that Real were interested in signing Sanchez. The claim on Friday is that the Chilean ‘will snub’ a return to La Liga in favour of his protracted move to City.

According to the Daily Mirror, Sanchez ‘is keen to join City either in January or next summer’, having ‘made up his mind to quit the Emirates’.

Are City confident of signing him? ‘Super confident’, says John Cross, who adds that a summer switch is far more likely. All things considered, it really does seem as though Alexis and Pep will be reunited this time next year.

ALL FOR JUAN
We do not for one second think that The Sun believe Juan Cuadrado will be Sanchez’s eventual successor, but they are certainly linking the winger with a return to London.

They report that the Gunners ‘will launch a January bid’ for Cuadrado, who impressed so much at Chelsea that he left within six months.

The Sun add no potential valuation of the Colombian, who is contracted to Juventus for another three years. But they add that Arsenal ‘are targeting him after giving up on signing Monaco ace Thomas Lemar’.

Which is funny, because the outlet they have taken the Cuadrado speculation from, popular and reliable website TRANSFERmarketWEB, make no mention of Lemar, who Arsene Wenger is clearly still interested in signing.

ITALIAN JOB
Speaking of websites that absolutely never get things wrong and never produce spurious transfer rumours, Calciomercato bring some good news for Liverpool fans. Or bad news. We’re not quite sure. Has anyone ever seen Federico Chiesa play?

Our friends over at Calciomercato claim that the Reds are one of a number of clubs chasing Fiorentina winger Chiesa. Inter and Napoli both want him, but so do Liverpool and Everton.

They add that Chiesa is valued at ‘over €40m’, so at least £35.5m. For a 19-year-old with no international caps, and 36 senior career appearances. And four goals. Although his did is Enrico Chiesa, so swings and roundabouts and all that.

AND THE REST
Real Madrid are set to revive their interest in Manchester United goalkeeper David de Gea, 26, and Chelsea playmaker Eden Hazard, 26, next summer… However, Spain goalkeeper De Gea has hinted at a long-term Manchester United stay – by moving into a new house… Alexis Sanchez is on a short-list of forwards Real are interested in, which also includes Bayern Munich’s Robert Lewandowski, 29, Borussia Dortmund’s Pierre-Emerick Aubameyang, 28, and Torino’s Andrea Belotti, 23… Newcastle are to give captain and English defender Jamaal Lascelles, 23, a new five-year deal… Tottenham forward Vincent Janssen, on loan at Fenerbahce, did not reject a move to West Brom, as the Baggies did not bid for the 23-year-old.