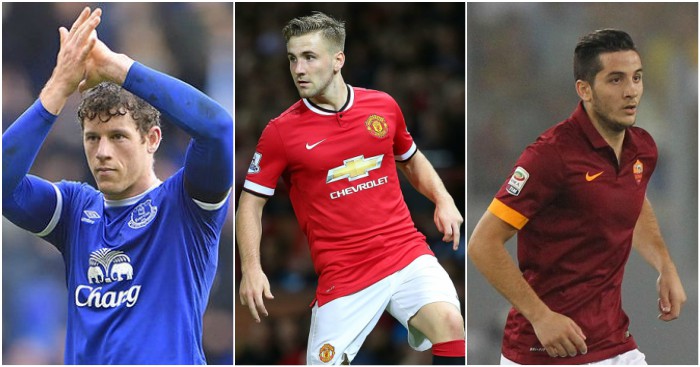 ARSENAL HOLD INTEREST IN BARKLEY
With Romelu Lukaku wanting out and Ross Barkley’s future also up in the air with a new contract not yet signed, Everton are once again likely to spend the summer fending off interest in their best players.

Tottenham were linked with a move for Barkley by the Sunday Mirror last weekend, and now Steve Stammers is here to tell us that Arsenal are interested in the midfielder.

Stammers also mentions that Everton could expect to get ‘£10m-plus’ for Barkley, but surely his price would be higher than that? Far, far higher, in fact.

CHELSEA WANT MONACO STARS
Sticking with the Mirror, and they also claim that Antonio Conte wants two of Monaco’s stars. You can hardly blame him, either.

The two players mentioned are Benjamin Mendy and Bernardo Silva. Marcos Alonso is doing a wonderful job at left wing-back, so that first name is a touch surprising. Silva is an attacking midfielder, who could join Pedro and Willian in competing to play alongside Eden Hazard.

The Mirror say that Chelsea will bid £40m for the pair, but Monaco will surely hold out for £25m for each player? That said, with Conte wanting added depth to his squad ahead of a Champions League campaign, these do seem like logical moves.

LIVERPOOL, ARSENAL AND MAN UNITED ALL WANT MANOLAS
A number of outlets report Liverpool interest in Kostas Manolas, which makes you more likely to believe that the interest is genuine. The Roma defender has been targeted by Chelsea and Arsenal in the past, with the latter reportedly having a bid turned down last summer.

However, Jurgen Klopp sent scouts to watch Manolas in the Europa League on Thursday, and is interested in making an approach.

Reports suggest two things:
1) Manolas is likely to cost around £35m.
2) Manchester United and Arsenal are both interested in signing him.

LUKE SHAW TO DROP DOWN THE LEAGUE
I’m afraid we’re ending up with the Star on Sunday, and their claims on the future of Luke Shaw. The boldest claim is that he will be sold this summer, which goes against everything Jose Mourinho has said but wouldn’t exactly be surprising.

The Star mention Crystal Palace as one potential destination, despite the fact that they have plenty of left-backs. They also mention Stoke and Newcastle.

Also, United paid £30m for him and would want at least £20m. Are Crystal Palace really going to spend that on a third left-back?

AND THE REST
Manchester United and Arsenal both sent scouts to watch Monaco star Tiemoue Bakayoko in action this week… Harry Redknapp is interested in making his return to management as he eyes up the vacant role at Middlesbrough… Manchester City have again made Leonardo Bonucci a £50m target to strengthen their defence… Harry Kane will be England’s captain for next year’s World Cup finals in Russia – and beyond… Manchester City boss Pep Guardiola is mulling over a £30m bid for Barcelona goalkeeper Marc-Andre ter Stegen.