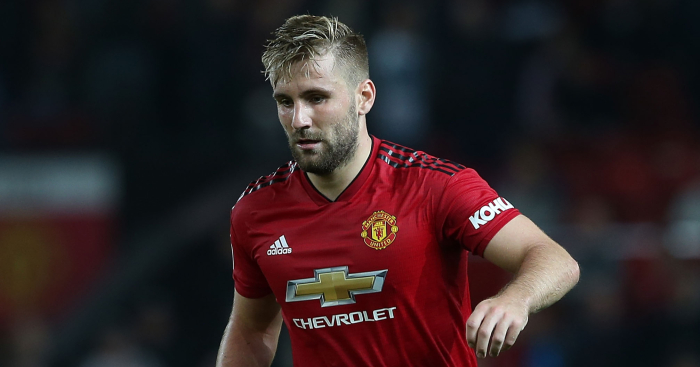 SHAW’S NEW CONTRACT NOT YET A GIVEN
Life is never dull for Luke Shaw at Manchester United. He’s either being completely frozen out of first-team life or he’s their most in-form player, and either being castigated by Jose Mourinho or being buttered up for a new contract. Had you been told three months ago that Shaw would be close to a long-term new deal at Old Trafford, you’d have been laughed out of the room.

Now, the Sun say that it is Shaw keeping Manchester United waiting having been offered a new contract. Phil Thomas has an exclusive on the claim that United are prepared to give Shaw a significant rise on his £130,000-a-week wages, but that the defender has not yet decided what is best for his future.

Given that he is out of contract at the end of the season and has endured such a bumpy ride at Old Trafford, you can see why Shaw might keep his options open.

What makes sense, given that list, is for Chelsea to buy two more defenders. According to the Daily Mail, Maurizio Sarri wants to buy Alessio Romagnoli and Mattia Caldara from Milan in January.

You’ll forgive us the cynicism here, but Caldara only joined Milan in the summer and Romagnoli has just signed a new long-term contract at the club. It will be nearly impossible to sign the pair in January.

TOTTENHAM AND BARCA HAVE DE JONG OFFERS REJECTED
Frenkie de Jong is the new girl all the bad guys want. He’s 21, a central midfielder and he plays for Ajax. Which means anyone wanting to sign him will have to pay north of £35m.

According to Mundo Deportivo, Barcelona and Tottenham have already had bids rejected for the Dutchman, who chose to stay at Ajax for this season to aid his development. With the club in the Champions League group stages, that makes total sense.

Mundo’s claim is a little odd, namely that Barcelona offered between €25m and €30m for De Jong, before Tottenham came in with a bid of €50m that was also rejected. That does seem a big old jump in offer.

Still, you can expect De Jong to be the name on many lips next summer. He’s apparently the real deal.