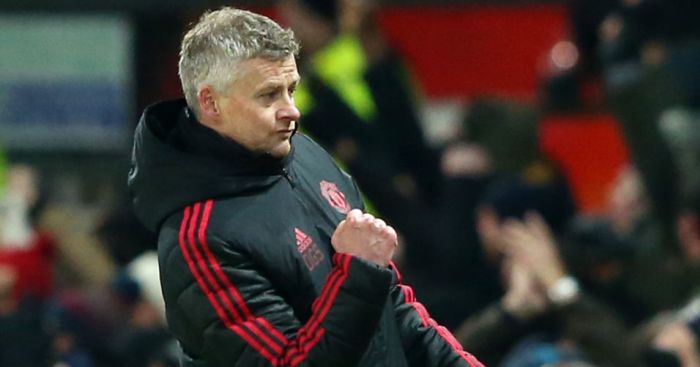 UNITED TO SAVE WITH OLE APPOINTMENT
The morning after the morning after and many of the back pages are leading with the inevitability of Ole Gunnar Solskjaer being offered the Manchester United job on a permanent basis.

The Mirror reckons United could get themselves a bargain, with Solskjaer set to take the role for half the money his predecessor was being paid. Jose Mourinho was earning £15million a year when he was fired in December but Solskjaer will take £7.5million to boss United. That still dwarfs the £400,000-a-year salary he was earning at Molde.

It is a surely now a matter of ‘when’ rather than ‘if’ and The Telegraph reckons ‘when’ will be ‘soon’. Ed Woodward was reportedly keeping schtum on Thursday but sources at Old Trafford reckon an announcement is likely to be made well before the end of the season so United can get their ducks in a row ahead of the recruitment summer.

Read this on just what Solskjaer has changed.

MOURINHO TO TAKE REAL CARETAKER JOB
Despite Mourinho being yesterday’s man at Old Trafford, the ex-United manager looks to have fallen on his feet again.

Various reports suggest the Portuguese coach will be confirmed as Real Madrid’s next boss before Solskjaer’s appointment as his permanent successor at United has been rubber-stamped.

Goal reckons Real have decided that Santiago Solari will be removed following Sunday’s La Liga clash with Real Valladolid, with Mourinho to be named as his replacement until the end of the season.

Mourinho, though, will be hoping to make a similar impact as Solskjaer because it is claimed Real still want Zinedine Zidane back as their permanent boss.

Like Mourinho, Zidane quite fancies a return to the Bernabeu but not until the summer. Could Jose’s ego take the hit of being shoved aside as soon as Zizou struts back in?

LIVERPOOL AND EVERTON EYE LLORENTE
Staying in Spain, there are whispers Liverpool and Everton are preparing to do battle over Real Sociedad defender Diego Llorente.

The initial report comes from Basque publication Noticias de Gipuzkoa, which claims the Merseyside duo are both prepared to fork out around £25million for the 25-year-old.

Llorente’s buyout clause is around £43million but Sociedad are said to be willing to negotiate, which suggests the desire to sell the centre-back is greater than Liverpool or Everton’s keenness to buy.

AND THE REST
Real Madrid star Isco wants to join Manchester City… Man Utd have begun talks with Sporting Lisbon over midfielder Bruno Fernandes… United are looking to loan out Tahith Chong next season… Liverpool are also keen to send Harry Wilson out on loan to a Premier League club next term… Sevilla midfielder Pablo Sarabia rejected a move to Chelsea in January.