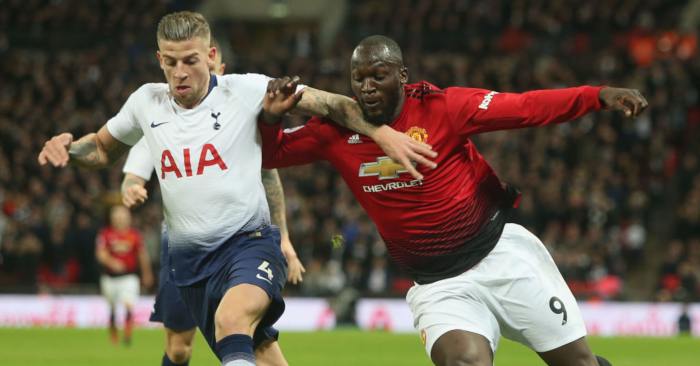 HAZARD WARNING
For those fearing that Eden Hazard’s future will drag out over the coming months, the Daily Telegraph have some potential good news. They report that Real Madrid have found the magic number, claiming that the Spanish side will make a bid of £106m in the coming days.

Chelsea are expected to accept that, having original set an asking price of around £100m. The Belgian has outlined his desire to leave and ‘will not sign a new contract’, thus forcing the Blues to either sell him now or lose him for nothing in 12 months.

He ‘hopes that negotiations will be accelerated’ now the season is over, and Real ‘want to complete the deal quickly’. It’s on Chelsea now.

TOBY TRAIL
Manchester United could still be holding a torch for Toby Alderweireld.

The Sun note the sexy clause in the Belgian defender’s contract which would allow him to leave Tottenham for just £25m this summer, and they claim that United are weighing up a bid. They also, slightly bizarrely, suggest that manager Ole Gunnar Solskjaer isn’t convinced by Alderweireld and ‘would prefer to retain his current centre-backs and use his coaching ability to turn their form around’.

Right. Good luck with that, then.

United are still ‘refusing to rule out an approach’ despite their manager’s bizarre reluctance to sign a defender who is patently better than all of their current options. A final decision will be made ‘next week’.

THE COST OF A EUROPA COLLAPSE
Speculative stuff in Spanish daily Sport, who run a piece about Barcelona’s forward options. Luis Suarez’s injury issues are causing consternation at Camp Nou and there’s an appetite to replace him.

And Sport think Pierre-Emerick Aubameyang and Alexandre Lacazette fit that bill, which will be music to the ears of Arsenal fans, given that the partnership between the two is one of their side’s only redeeming features at the moment.

GFFN highlighting that Barcelona have a page for Alexandre Lacazette, sending everyone into panic mode.

Looks like they have one for Arsenal defender Steve Bould too, evidently opting for experience by adding the 56-year-old to their back line. pic.twitter.com/AkhTSo3SoR

Hmmm. File that under ‘tenuous’.

AND THE REST
Manchester City will spend over £100m to sign Benfica’s Joao Felix… Spurs are after the ‘new Christian Eriksen’… and a couple of Sessegnons… Leicester and Manchester United want Chelsea’s Reece James… Villa are going to boost their survival chances by signing Gary Cahill… Marcos Alonso is having a pout after being left out of the Europa League final and wants to join Atletico.