Home Everton Gossip: Some guff about Martial to Sevilla… 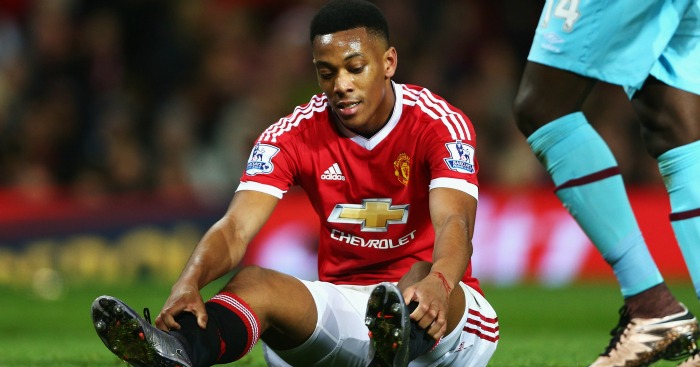 ERRR.. MARTIAL TO SEVILLA?
We’ve taken the liberty of organising a truckload of salt to be delivered in order for us all to take a pinch of it. That’s the only way to deal with the Daily Mirror’s headline of ‘Manchester United forward Anthony Martial linked with January switch to Sevilla’.

The story comes from AS, who say that Sevilla director of football Monchi has already approached Martial’s agent over a possible January move. Even AS quote Radio Montecarlo as their source. Nope, us neither.

We assumed that the story was regarding a possible loan deal for Martial, but it actually says nothing of the sort. So we’re honestly expected to believe that Manchester United will sell Martial to Sevilla, presumably at a whacking great loss? Sure.

LUCAS OFF TO INTER
A Premier League departure that might actually happen in January is Lucas Leiva leaving Liverpool. Merry Christmas to all fans of alliteration.

That story comes from the Guardian, who say that Jurgen Klopp will not stand in Lucas’ way should he want to join Inter on loan until the end of the season. The Brazilian has never been a regular under Klopp, used as a backup midfielder and emergency central defender.

Somehow still not yet 30, Lucas would clearly be a great (and low-cost) option for a team like Inter. He’s committed, he’s combative and you would get a good three years out of him.

EVERTON SIGN CHARLTON WONDERKID
To The Sun now, and an exclusive from Mike McGrath. He claims that Everton have agreed a £10m deal for Charlton forward Ademola Lookman. Done. Sorted. Complete. Finished. Nailed. Move on.

McGrath writes that Lookman will be Everton’s first signing of the January transfer window, and that Lookman chose Everton as he believes the injury to Yannick Bolasie will afford him opportunities in the first team.

So, there you go.

AND THE REST
Chelsea midfielder John Obi Mikel is in talks with Chinese side Shanghai SIPG and Al-Ain of the UAE… Chelsea striker Michy Batshuayi will not be loaned out by the club… Valencia are close to securing a loan deal for West Ham’s Italy international striker Simone Zaza… Chelsea and Manchester City are interested in signing Sevilla midfielder Steven N’Zonzi… James Rodriguez will not be leaving Real Madrid in January, according to his agent Jorge Mendes.