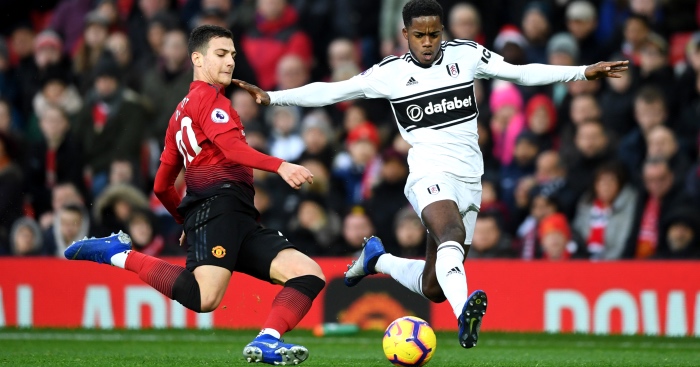 The £50m chat from last year has, er, cooled somewhat, with Fulham likely to get as little as £500,000 training compensation if he runs down his contract and leaves next summer. That’s what Dortmund are eyeing, it says in The Sun and who are we to argue?

Sessegnon is still considering another year at Fulham even in the Championship, but the lure of Mauricio Pochettino and his well-documented history of trusting in and improving young players gives Spurs the edge.

Spurs are going to spend some money this summer, controversially, and would have no problem fitting Sessegnon into their touch-tight wage structure.

BALE OUT
Over at The Independent there is news of Zinedine Zidane telling Real Madrid to just sell Gareth Bale even if it means taking a financial hit. Which it will, with few suitors keen on meeting a £100m asking price or matching £500k-a-week wages for an injury-prone 29-year-old.

Florentino Perez has long refused to sanction a Premier League return for Bale despite annual interest, with the Welshman enjoying protected Galactico status from on high. No longer.

A busy summer is in prospect in Madrid, with Zidane planning to build a new team around Brazilian prodigy Vinicius Junior. Isco could be another high-profile casualty with Zidane non-committal on the futures of him and Bale beyond the end of the current shambles of a season.

HISTORY REPEATING
Talking of Real Madrid, Eden Hazard looks more likely than ever to finally get his Bernabeu move and the Mirror reckon Chelsea will go back to his old stomping ground for a replacement.

Now Chelsea are looking at Nicolas Pepe, who has scored 19 goals and provided 11 assists in 32 Ligue 1 games this season. Obviously, this all depends on Chelsea sorting out the trifling matter of a transfer ban.