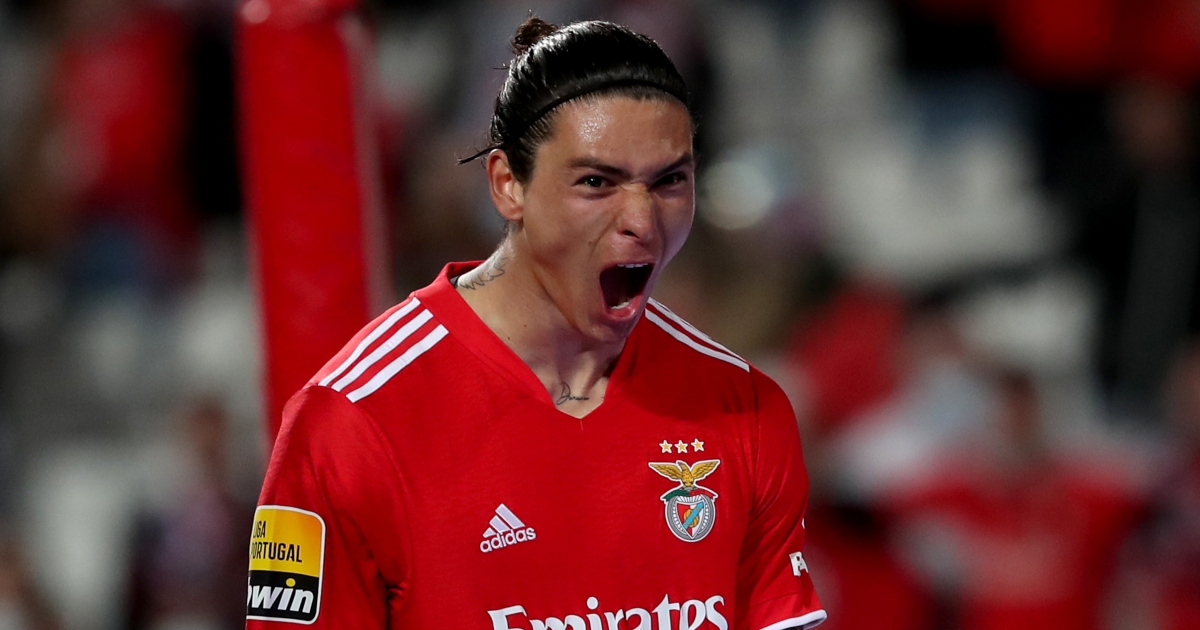 Liverpool are monitoring a £55m-rated forward, while Spurs want to sign a Newcastle United target…

LIVERPOOL ‘HOT’ ON NUNEZ
Liverpool are keeping a close eye on Benfica forward Darwin Nunez with the striker prepared to join Jurgen Klopp’s men if they show serious interest, according to reports.

The Uruguay international moved to the Portuguese side in 2020 for a fee in the region of €24m. He has impressed tremendously for Benfica, contributing to 26 goals in 44 appearances in his debut season for the club.

This season, Nunez has stepped his game up, netting 18 goals in just 19 matches in the league. The 22-year-old has 23 goals in all competitions, including three in the Champions League. Numerous European clubs are reportedly interested in signing the attacker, including Chelsea, Manchester City, Atletico Madrid, Inter Milan, AC Milan and Paris Saint-Germain.

When asked about Nunez’s future in October, his agent Edgardo Lasalvia said: “Darwin is ready to play in any team on the globe. Various top-level teams have contacted us, but for the moment the head is on continuing and growing with Benfica and with the Uruguayan national team: this is how important things will come.”

West Ham had a bid turned down for Nunez in the January transfer window believed to be around £40m and Football Insider claims Liverpool have now ‘set their sights’ on the Benfica forward. It is understood Nunez is ‘open to joining them in the summer’ with the recruitment team at Liverpool ‘closely monitoring’ him and sent scouts to watch him against Ajax in the Champions League in midweek.

Liverpool are ‘hot’ on the Uruguay international – who is ‘now valued at around the £55m mark by Benfica’ – but their interest ‘is likely to be influenced by the outcome of contract negotiations with forward trio Mohamed Salah, Sadio Mane and Roberto Firmino’.

SPURS WANT NEWCASTLE TARGET
Tottenham are hoping to beat Newcastle United to Lille defender Sven Botman ahead of the summer transfer window, according to reports.

Botman was the Magpies number one defensive target in the winter transfer window but were unable to bring in the Netherlands under-21 international. They turned their attention to Sevilla’s Diego Carlos, but talks also broke down over signing the Brazilian despite his eagerness to move to St James’ Park.

It was a busy transfer window for the Geordies, nonetheless. They signed five players in total, spending £85m, eventually getting a central defender through the door in Brighton’s Dan Burn. It is now up to head coach Eddie Howe and his new recruits to keep Newcastle in the Premier League with the club in the middle of a relegation fight.

If safety is secured, it promises to be an even busier summer window for the club’s new hierarchy. But they could be set to miss out on Botman again in the summer with the Daily Star reporting strong interest from Tottenham.

Spurs are described as ‘desperate to beat’ the Magpies to Botman with the north London club looking to ‘appease’ Antonio Conte in the summer transfer market. Following defeat to Burnley, Conte said the current situation is “unacceptable” and hinted he may walk away from the club.

Conte ‘is demanding they get him’ a left-sided centre-back with the Tottenham boss giving his ‘seal of approval’ to a pursuit of Botman. That has cranked ‘up the pressure on his chairman Daniel Levy to strike a £30m deal with the French club before Newcastle do’.

With Botman hinting that he would like to join Newcastle in the summer it is understood that they are ‘favourites to succeed next time round’ but Tottenham ‘are in no mood to step aside’.

AND THE REST…
Real Madrid believe they can afford the financial packages needed to sign Kylian Mbappe and Erling Braut Haaland this summer…Leeds United boss Marcelo Bielsa is on the brink of being sacked by the club, with former RB Leipzig boss Jesse Marsch in line to replace him…Barcelona lead Bayern Munich in the race to sign Chelsea defender Andreas Christensen…Real Sociedad striker Alexander Isak is favouring a switch to Barcelona over a move to Arsenal in the summer…Barcelona are planning a move to sign Manchester United centre-back Eric Bailly, with the 27-year-old struggling for first-team football at Old Trafford.