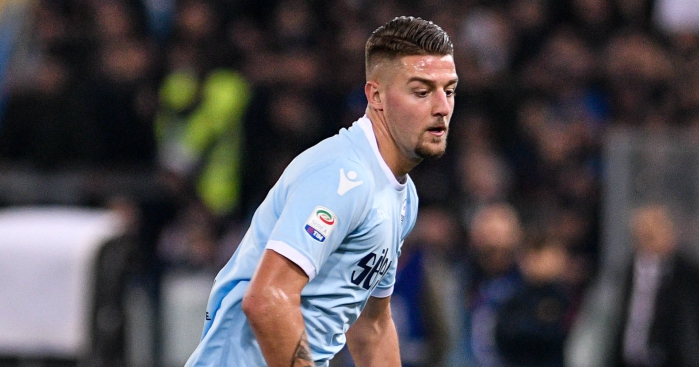 According to the Daily Mirror, Spurs will spend over £100m on Lazio pair Sergey Milinkovic-Savic and Ciro Immobile. The former is 23, and a long-term midfield target for Manchester United. The latter is 28, and presumably the next answer to ‘who will be Harry Kane’s back-up?’.

The pair ‘have been well scouted by Spurs’ top spies’ – which we presume simply means ‘scouts’ – in recent weeks. Both would fill important roles in the squad.

Another player who will be sold to help bring in enough money to sign both Milinkovic-Savic and Immobile will be Moussa Sissoko, apparently. The beautiful dream is over.

FOLLOW DE LIGT
Tottenham’s summer spend will not end there. According to a Sun on Sunday exclusive, they have also identified a replacement for the outgoing Toby Alderweireld – linked with Chelsea in the same paper.

Pochettino is reportedly keen on a move for ‘Dutch teen sensation’ Matthijs de Ligt, the 18-year-old previously linked with Arsenal and Barcelona.

It seems that Pochettino will follow De Ligt this summer, and is prepared to part with £45m for the centre-half. The manager ‘is not convinced’ by either Alfie Mawson or Harry Maguire, and the fact that De Ligt played alongside Davinson Sanchez last season works in his favour.

ON THE WAYNE
Over at Goodison Park, Everton ‘will listen to offers’ for Wayne Rooney this summer. Don’t spend too long standing by the phone, fellas.

The Sunday Mirror say that ‘Everton coaching staff’ believe that ‘despite the ­player’s commitment, Rooney’s impact at the age of 32 has not fulfilled expectations’.

AND THE REST
Liverpool are ready to offer Egypt forward Mohamed Salah, 25, a new deal worth £185,000 a week… Championship side Leeds United are in talks with Swansea City to buy English defender Kyle Bartley, 26… West Brom caretaker manager Darren Moore says he is not thinking about taking the job on a full-time basis. Under Moore, the Premier League’s bottom club have won eight points from four games… Leicester City are lining up a move for Newcastle United boss Rafael Benitez to replace Claude Puel… Manchester United forward Anthony Martial, 22, has opened talks with Italian champions Juventus over a summer move after growing frustrated at a lack of playing time at Old Trafford.