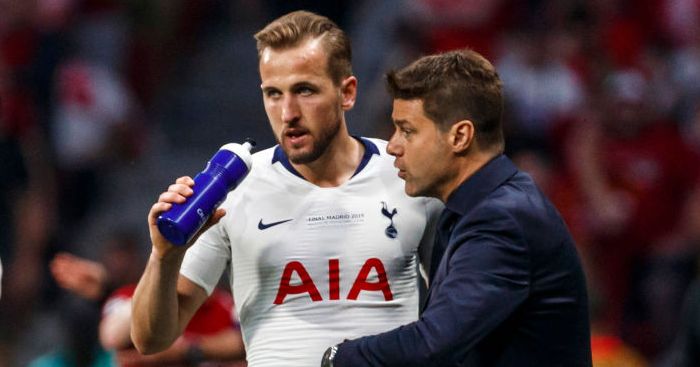 NO TO THE KANE

“I’d say it’s been disappointing, I don’t think there’s any hiding behind that. To only win two games out of our first seven is not the standards that we’ve set in previous years. We’re not inexperienced any more, we’re not young any more, the excuses aren’t there for us any more. It’s down to us players to take responsibility.”

In terms of the media-trained, ‘the three points are the most important thing’, give nothing away Harry Kane, his quotes above are positively damning with regards to Tottenham. Which is presumably why Daniel Levy has responded by telling the Daily Telegraph that the striker is valued at £250m.

Tottenham’s embarrassing League Cup exit, as well as their poor starts in the Premier League and Champions League, mean that the FA Cup is already their best chance of silverware this season. And the prospect of another trophyless campaign has ‘prompted fears he could consider his Spurs future’.

But Levy ‘remains determined’ to keep the club’s most valuable asset, and has subsequently leaked a price that he hopes will ‘scare off’ Real Madrid, Barcelona or – and this is a weird mention – Manchester City.

CHRISTIAN BELIEVERS
‘Levy is prepared to dig his heels in over Kane,’ we are told. But what about Christian Eriksen?

The Daily Mail suggest that the Tottenham chairman’s plans for the Dane, whatever they are, won’t matter all that much. The club ‘fear’ Eriksen will reject a January move, and he ‘will not be forced out in the next transfer window’.

It is believed that Tottenham would accept an offer as low as £30m for a player they valued at £100m in the summer, but Eriksen ‘knows he will have better options if he is available for nothing next summer’. He would also be in line for ‘a more lucrative deal, including a big signing-on bonus’ as a free agent.

The only chance of Eriksen leaving in January is if ‘a big European club’ – again, Real and Barca are named – present an offer ‘that was too good to refuse’. But the likelihood of that is described as ‘minimal’.

All of this, the Mail say, will ‘further frustrate’, ‘annoy’ and ‘exasperate’ both Spurs and Mauricio Pochettino.

REAL DEAL
The Daily Mirror go one further. They say that Real will try and get Eriksen to sign a pre-contract in January to join them when his Spurs deal expires at the end of the season, and they will then ‘follow up with a move’ for Pochettino.

Real are ready to pile on Pochettino’s ‘frustrations’ by keeping the cloud of Eriksen’s future looming over north London, and they will then capitalise on the situation to bring in ‘their No.1 target to replace Zinedine Zidane’. Real ‘were alarmed’ by the Champions League defeat to PSG and ‘will move for Pochettino’ if they eventually decide to part with Zidane.

MAX VOLUME
If and when Pochettino does go, Tottenham do at least have two possible replacements lined up. The Sun say Max Allegri ‘is waiting in the wings’, while Brendan Rodgers ‘also has his admirers’ within the club.

‘Fears are growing’ that Pochettino gets so annoyed that he ‘walks away’ after more than five years in charge. In which case, Allegri ‘would put himself in the running’, and Rodgers would be considered.

For now, Levy ‘is backing his man’, an The Sun are at pains to point out that Pochettino leaving would be of his own volition rather than the club’s choice. They are ‘willing to help him through the first serious set of patchy results’. Until Southampton batter them on Saturday.

AND THE REST
Boca Juniors are to make a firm offer to sign Swedish striker Zlatan Ibrahimovic, 37, from LA Galaxy. How very exciting.