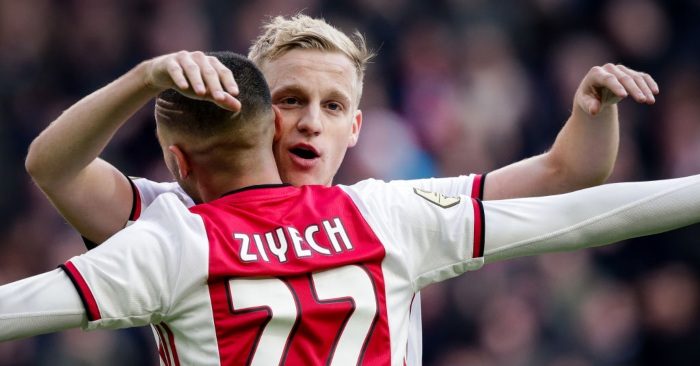 TOTTENHAM TARGET ZIYECH
Well, they are absolutely right to target Ajax winger Hakim Ziyech (he has scored six and assisted an incredible 15 goals in 21 appearances this season) but what 90min do not adequately explain is why Ziyech would leave Ajax for a side very unlikely to be in the Champions League next season.

There are alternatives to the Christian Eriksen alternative that is Ziyech, mind. And they are named as Sporting’s Bruno Fernandes, Roma’s Lorenzo Pellegrini and Brais Mendez of Celta Vigo. Or they could just wait for Giovani Lo Celso to get himself actually fit.

POOR MANAGERS GOING NOWHERE
It doesn’t seem to matter how bad West Ham under Manuel Pellegrini actually are, the word out of east London is that they fully back the Chilean, with the Daily Mirror saying the club are ‘understood to be fully behind’ a manager who has now gone six Premier League games without a win, despite a similar run costing Slaven Bilic his job two years ago.

And on the south coast, Southampton are also set to stick with Ralph Hasenhuttl, who ‘has the support of the Southampton board’ (according to The Sun) despite a run of five defeats in six home games. Instead of sacking him, they intend to back him in January with a new right-back, creativity in midfield and a viable striker alternative to Danny Ings.

And of course we already know that Unai Emery is safe. Perhaps nobody will ever get sacked again.

AND THE REST
Inter Milan are interested in Dries Mertens and Thomas Meunier…N’Golo Kante says he could end his career with Chelsea…Leeds duo Kalvin Phillips and Ben White are being linked with Manchester United…Danny Drinkwater will head back to Chelsea from Burnley in January.