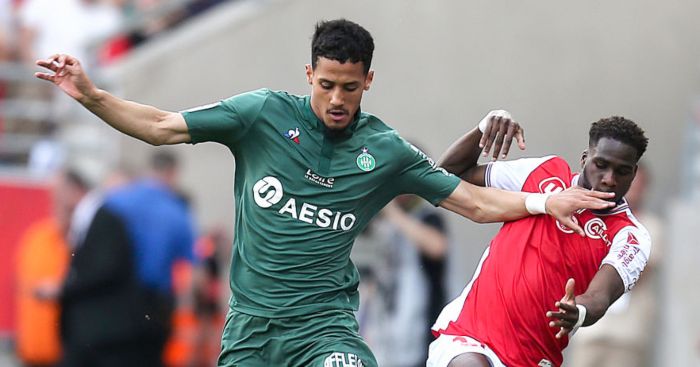 TANGFASTIC
It has been 511 days since Tottenham signed a human person. That almost unfathomable wait could be over sooner rather than later. And the arrival of Tanguy Ndombele would be quite the statement after months after silence.

The Sun say Spurs have been given the ‘green light’. The Daily Telegraph say they are ‘closing in’ on ‘a deal that could be worth as much as £55m’. The Guardian use that same figure after Daniel Levy ‘pushed hard towards a compromise fee’. Sky Sports say it is a club-record amount of £65m. L’Equipe say there is ‘no agreement’ but that Juventus are no longer in the running and Levy is trying to negotiate Lyon down to a price of between £62.7m and £67.2m.

He won’t be cheap, he would be a wonderful signing, and it does seem as though it’s actually happening. Mauricio Pochettino will be delighted.

WILL POWER
Even more so if the Champions League finalists can sweep their north London rivals away in a transfer hurricane. Darren Lewis of the Daily Mirror says Tottenham ‘are in a battle’ with Arsenal over centre-half William Saliba.

It was reported last week that Arsenal had already found an agreement with the 18-year-old, who they planned to loan back to Saint-Etienne. The Mirror even say their first offer of £27m was rejected, opening the door for Spurs to move for the ‘£30million-rated’ Frenchman.

Jan Vertonghen is 32. Toby Alderweireld is 30. Davinson Sanchez is 23. Juan Foyth is 21. Might as well sign another 21-year-old centre-half to emphasise the gap between experience and youth.

JACK OFF
After waiting almost 18 months for Pochettino to rest his arm around the shoulders of a new player signing a contract, rather than trying to present Michel Vorm as a new signing, Tottenham could be set to complete three deals in quick fashion. With Ndombele arriving for up to £65m and £30m target Saliba lined up, Jack Clarke will take their spending over £100m.

Sky Sports say discussions have ‘progressed’ between Spurs and Leeds of late, and that ‘several elements of the deal are said to have been agreed’. Among them is the fee: ‘in the region of £8.5m’.

Football.London add that Spurs scouts went to see ‘most of’ his 24 matches in the Championship this past season, of which only four were starts. They also suggest Tottenham could loan the 18-year-old back to Elland Road for the season – although that has already been ruled out.

Tottenham will not stop there. According to the Telegraph, they also want Fulham’s Ryan Sessegnon, Donny van de Beek of Ajax and Roma midfielder Nicolo Zaniolo. They mean business.

AND THE REST
Newcastle striker Ayoze Perez is one of a number Newcastleplayers considering their future at the club after the departure of manager Rafael Benitez… Paris St-Germain want Neymar to stay at the club if the Brazil international can improve his performances. The French champions could be prepared to sell the 27-year-old but would want more than the 222m euros (£200m) they signed him for from Barcelona… Manchester City have held talks with Juventus sporting director Fabio Paratici about a £44m deal to sign Portugal defender Joao Cancelo… Manchester United want Sevilla and France forward Wissam Ben Yedder, 28, and will trigger his £35.8m release clause… United are also interested in 15-year-old French forward Mathis Rayan Cherki, who plays for Lyon and is attracting the attention of Real Madrid, Juventus,Barcelona and Bayern Munich… West Ham’s Mexico forward Javier Hernandez, 31, is looking to leave and move to Spain, and the Hammers want to sign Celta Vigo’s 22-year-old Uruguay striker Maxi Gomez… Leicester have won the £8m race to sign Luton’s English defender James Justin, beating Premier League newcomers Aston Villa and Scottish champions Celtic to the 21-year-old.