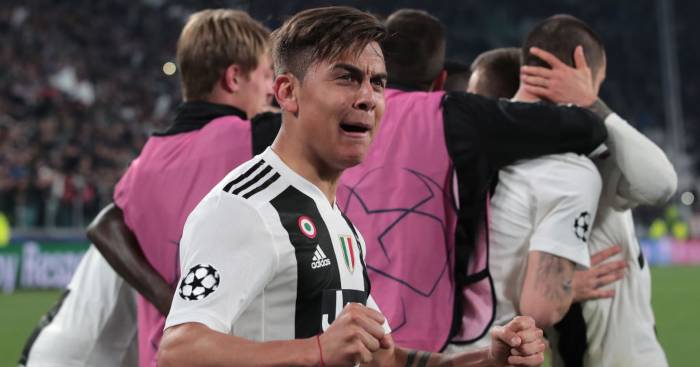 SPURS FLIP-FLOP OVER TARGETS
After a deluge of false reports about Giovani Lo Celso from all sorts of sources – contracts being signed, fees being agreed, a move being imminent – the Evening Standard report that Tottenhan have already moved on. With Real Betis holding out for a slightly absurd £88m for Lo Celso, Spurs are firming up their interest in Bruno Fernandes instead, sending an envoy to Portugal to negotiate a quick deal.

Within an hour of that story appearing, though, it was already being reported that Sporting Club officials hadn’t budged, rejecting a Tottenham offer which was some way short of their £70m valuation. Whether that was a genuine attempt or a mischevious ploy to panic Betis into lowering their asking price is unclear, but Daniel Levy certainly seems nowhere clear to signing either player.

Mauricio Pochettino will presumably take that in good humour.

DYBALA NOT CONVINCED BY UNITED
Over at the Indy, Miguel Delaney reports that Manchester United and Paulo Dybala are having difficulties reaching an agreement. Dybala’s wage demands are sizeable and that kicked off quite the outrage in the British press on Thursday, but more obstructive appears to be the Argentinian’s concern that United might not re-qualify for the Champions League.

That Champions League factor does seem more relevant than the money. The Independent also note that Tottenham remain an interested bystander to these developments and Dybala would actually need less convincing to move to White Hart Lane. While it doesn’t seem likely that Daniel Levy could get anywhere near his wage demands, that is quite a damning portrayal of how the outside world currently views life at Old Trafford.

SANE’S RETURN IN DOUBT
Manchester City are absolutely not having Bayern Munich’s attempt to take Leroy Sane back to Germany. The Metro rather boldly claim this story as an exclusive – can you exclusively read something on Twitter? – and suggest that while the two clubs have an active dialogue, Niko Kovac has rather complicated matters by suggesting that a deal had already been done.

A tip Niko: don’t irritate the club with the infinite money supply who never, under any circumstances, actually have to sell a player. By all accounts, whether as a direct response to being antagonised or not, City now want £130m for Sane.

INSTAGRAM EXCLUSIVES
Newcastle are going to do a transfer today!

It’s being reported everywhere that Allan Saint-Maximin will soon complete his move from Nice – him and Joelinton should make a very interesting pair at the top of the pitch – but while a bigger contract and the Premier League stage probably had something to do with convincing him, maybe this guy deserves some credit too:

LOOOOOOL I FKN SWEAR THIS IS REAL pic.twitter.com/vkXYKw3OEU

AND THE REST
Liverpool are interested in Bordeaux forward Francois Kamano…Burnley, West Ham and Crystal Palace are all after Gary Cahill…Moise Kean will join Everton, after Manchester United rejected the chance to sign him…Roma want Dejan Lovren…Despite being linked to Manchester City, Dani Alves is heading back to Brazil.