Home Gossip Gossip: Spurs to make their third-biggest sale ever at £40m? 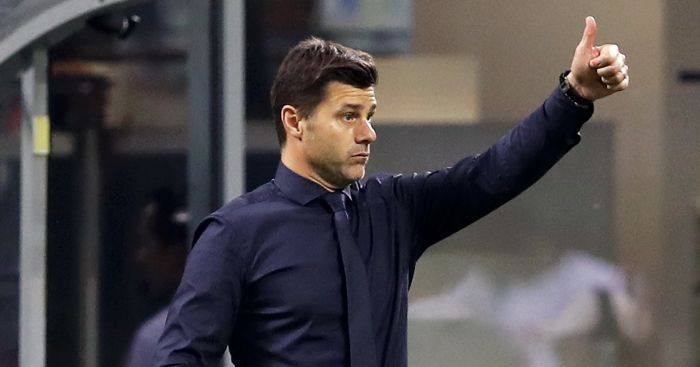 POCH ON THE BEDPOST
Tottenham’s biggest sale ever is that of Gareth Bale, flogged off to Real Madrid for a then-world-record fee of £86m in 2013. Second is Kyle Walker, sold to Manchester City for £50m in 2017. Third is Luka Modric, who also went to Real for £30m.

Paul Jiggins and Neil Ashton team up to exclusively reveal Real’s ‘last-ditch bid’ to persuade the Argentinean to replace Julen Lopetegui. Antonio Conte remains the favourite, what with his whole ‘being unemployed’ thing he currently has going on. But Pochettino has always been the one they wanted.

He ‘knows they are still keen’, while Real are ‘double-checking’ his availability before making a decision on whether to replace Lopetegui, and who with. The Spaniards believe that Tottenham’s imminent Champions League exit ‘might make Poch want to join them’.

Daniel Levy, who persuaded Pochettino to stay and sign a new contract in the summer, remains ‘unwilling to do business’. Shock.

POPE MOBILE
In further signs that Pochettino is staying, the Daily Mirror bring us news of a fresh transfer target for the north Londoners. And it’s bad news for Hugo Lloris.

Adrian Kajumba says Tottenham are ‘keeping tabs on Burnley’s goalkeeper situation’. Are they about to sign Anders Lindegaard? No. They’re are ‘big fans’ of Nick Pope, who would help with their homegrown quota and add the sort of competition that Michel Vorm can no longer provide. Paolo Gazzaniga is but one man.

Pope is currently out with a knackered shoulder, but will give Sean Dyche something to think about when he returns. Burnley will have THREE fit England international keepers – their capitalisation, not ours – fighting for one spot.

Considering Joe Hart has only just joined, and Tom Heaton is now 32, clubs will understandably be more interested in 26-year-old Pope. He will be much more attainable, after all.

Of course, Pochettino could just promote Gazzaniga up to second-choice, and then ‘move for a cheaper, most likely free-agent, homegrown keeper’ to fill his role. But if they decide Gazzaniga is still only good enough to remain third-choice, Pope is in the frame.

He says that Alexis Sanchez ‘is ready to quit’ Old Trafford, which does explain why he has the scoop. He has ‘become deeply disillusioned’ through a combination of losing his place and Jose Mourinho’s management.

United, for their part, ‘are now willing to cut their losses’, and might be on the phone to PSG awfully soon. Sanchez wants that move, and United know the French giants are one of the only clubs capable – and stupid enough – to cover the costs.

AND THE REST
Chelsea and Nigeria winger Victor Moses, 27, is considering his future at the club over a lack of playing time… German midfielder Ilkay Gundogan, 28, a target for Ajax, is ready to commit his long-term future to Manchester City and sign a new deal… Chelsea and former England centre-back Gary Cahill, 32, is considering staying at the club, after previously saying he might leave in January.