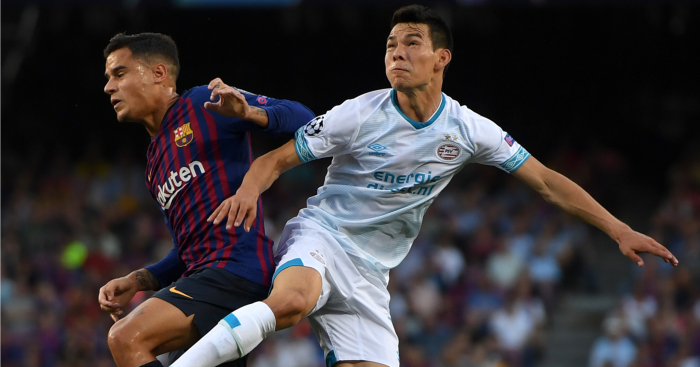 MOURINHO OUT NEXT WEEK. OR NEXT MONTH. WHATEVER.
Jose Mourinho could be sacked next week or he has another seven games, depending on your paper of choice.

The Sun reckons the manager has ‘lost the faith of senior boardroom figures’ in the wake of last week’s defeat at West Ham. Apparently, losing at home to Newcastle on Saturday could be the final nail in his coffin.

The Daily Mail, though, reckons Mourinho has another seven games to justify his position.

It’s a run that includes meetings with Chelsea and Juventus, culminating with the Manchester derby on November 11. Alternatively, a heavy defeat to Newcastle could speed up the process, but anyone losing heavily to this Newcastle side probably should be considering a career change.

Should Mourinho be axed, and The Mirror says that is exactly what the players are banking on, then The Independent says Mauricio Pochettino is Ed Woodward’s preferred replacement. Good luck with that one, Ed…

It seems that Alexis Sanchez would take anyone, so long as it is not Mourinho. The Sun reckons Sanchez “is totally fed up and at the end of his tether” with the manager, who will presumably say that the feeling is entirely mutual. The manager didn’t have time to comment this morning.

SPURS WATCHING LOZANO – JUST LIKE EVERYONE ELSE
Away from the mess at Old Trafford, Tottenham are said to be eyeing themselves up a shiny new winger.

Apparently, Hirving Lozano has caught the attention of Spurs scouts, which is hardly surprising given he is their Champions League opponents’ best player.

The Mirror reckons Lozano is valued in the £25million bracket which seems pretty reasonable value for a player with almost five years left on his contract and one who was wanted by Barcelona after the World Cup.

And there’s plenty of other interest from elsewhere. Last month it was reported that Borussia Dortmund, Man Utd and Atletico Madrid are also sniffing. Which you could probably say for almost every big club across Europe.

AND THE REST
David Moyes is the bookies’ favourite to replace Steve Bruce as Aston Villa manager…West Ham defender Pablo Zabaleta would like to play in Italy…Arsenal are keen to recruit departing Juventus chief executive Giuseppe Marotta but Inter Milan are also keen…Barcelona were watching Napoli defender Kalidou Koulibaly against Liverpool on Wednesday… Mats Hummels is considering leaving Bayern Munich.