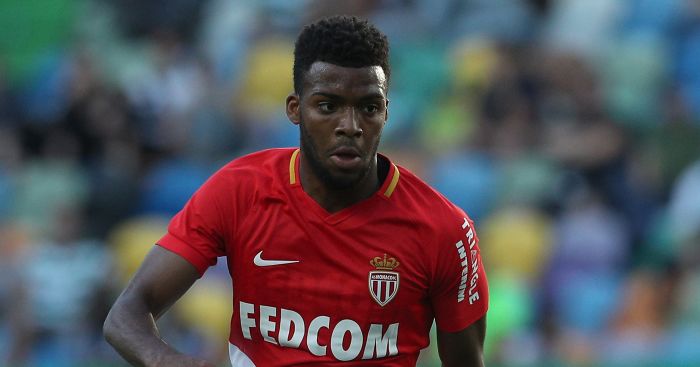 ARSENAL STILL WANT STERLING
The future of Raheem Sterling was given plenty of column inches over the final few days of the transfer window, and that might be set to continue, if reports on Sunday are to be believed.

Arsenal briefed that they had been offered Sterling by Manchester City as part of a deal to sign Alexis Sanchez, but City quickly moved to clarify that Arsenal wanted Sterling but that Pep Guardiola was never in agreement that the player should be included as part of any deal.

The Mail on Sunday say that Arsenal remain interested in the City winger. With Theo Walcott no longer fit for purpose and Alex Oxlade-Chamberlain sold to Liverpool, there is certainly a gap on the right wing at Arsenal.

Interestingly, the Mail say that Sterling is open to a move to London and the chance to play more regularly. It’s worth pointing out that Sterling did start 41 games for City last season. Only three players started more league games.

MAN UNITED WILL GO FOR LEMAR, OR…
From one wide player mentioned in more than passing during the transfer window’s final days to another. Depending on who you believe, Arsenal either pulled out of a move for Thomas Lemar or were told in uncertain terms that he did not want to move for Europa League football.

Sunday brings two bold claims. The Daily Star on Sunday have an exclusive from their chief football writer that a deal has been agreed in principle for Arsenal to sign Lemar in January for £92m on a five-year contract worth £250,000.

Sorry, but we’re having huge problems believing this. Why would a player agree a move four months before the window re-opens, rather than keeping his options open?

Elsewhere, in the Sunday Mirror John Richardson – formerly of the Daily Express – writes that Manchester United will challenge Arsenal for Lemar in January. He says that Jose Mourinho has put Lemar on the top of his transfer list, with Manchester United’s manager still wanting a wide player proficient at crossing the ball.

Honestly, it’s so damn easy to do these transfer stories with carte blanche. Here’s our story for the day: ‘Manchester City are pushing for talks with Lionel Messi’s representatives to persuade him to sign for them for an ASTONISHING £500,000 a week’. Done.

THEY ARE WAITING FOR GRIEZMANN
Oh good, another Daily Star exclusive. This time they tell us that Antoine Griezmann is actually the player on the top of Jose Mourinho’s transfer list. Weird that we were just told above that Lemar was at the top of Jose’s list. People truly are fighting for space at the top of a list that doesn’t actually physically exist.

The idea is that Griezmann will move to Manchester United next summer for a whacking great fee, having given Atletico Madrid another season as promised. That makes perfect sense, but we’re not sure that it requires a transfer exclusive to point out that Manchester United don’t currently have a No. 7.

AND THE REST
Real Madrid are ready to reignite their interest in Manchester United goalkeeper David de Gea next summer… Leicester and West Brom want to sign Bacary Sagna… West Ham want Napoli coach Maurizio Sarri to replace manager Slaven Bilic… Luis Enrique is being lined up for a move to the Chinese Super League… Pep Guardiola is eyeing Spurs defender Toby Alderweireld as a long-term successor to Vincent Kompany.